Michael Barrymore is set to receive more than nominal damages an arrest that he claimed ruined his career. 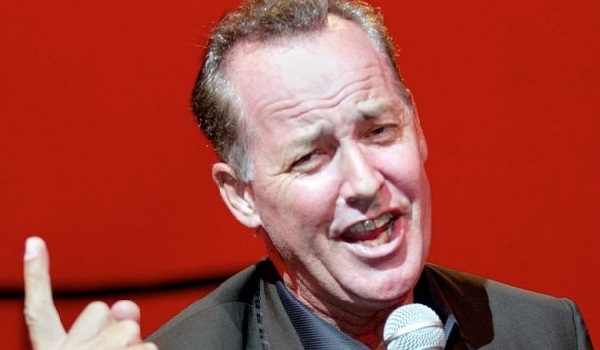 Michael Barrymore is set to receive more than nominal damages an arrest that he claimed ruined his career. The comedian and TV presenter was arrested and detained in June 2007 on suspicion of the rape and murder of 31-year-old Stuart Lubbock, who was found dead in the swimming pool at his Roydon home six years earlier. A figure for the damages to be paid to Mr Barrymore  whose real name is Michael Parker  is yet to be set but he values his claim at more than £2.4 million. Essex Police said there are still unanswered questions over Mr Lubbocks death, and argued Mr Barrymore should receive a nominal payout of £1. However, Mr Justice Stuart-Smith ruled against the force on Friday (August 18) at the High Court, saying he was entitled to recover more than nominal damages. The case revolved around whether Essex Police had reasonable grounds to lawfully arrest Mr Barrymore. Although there was “information available to the police that could have provided an arresting officer with reasonable grounds for a lawful arrest”, the officer with this information was stuck in traffic at the time of the visit to Mr Barrymore. Essex Police said it was not desirable to postpone the arrest for operational reasons. At a previous hearing, Hugh Tomlinson, a lawyer for Mr Barrymore, said the arrest was made without any proper evidential foundation. However, the fact that it had happened, and the worldwide publicity it received, destroyed the claimants career, he added. Mr Lubbock had suffered severe anal injuries before his death, a post-mortem examination revealed. In 2002, an open verdict was recorded at the inquest into his death. Mr Tomlinson said his client remains convinced the injuries were not caused at his home, and claims he did not know what happened. In a statement, Essex Police said the judgment made it clear that the officers leading the investigation into Mr Lubbocks death had reasonable grounds to suspect Mr Parker had raped or murdered Mr Lubbock at his home address and had reasonable grounds for believing that it was necessary to arrest him. The judgment also states there was clear evidence of a violent penetrating assault which may have been rape and that Mr Parker was one of a small and closed group of people who could have committed the assault, it added. Unfortunately the designated arresting officer who did have the required knowledge to make a lawful arrest was stuck in traffic when Mr Parker was seen on June 14, 2007. For operational reasons it was not desirable to postpone the arrest which was co-ordinated with the arrest of two other suspects. It is agreed that the surveillance officer who arrested Mr Parker did not have the required grounds for suspicion in his mind and therefore the arrest was unlawful. Todays judgment must not overshadow the questions which are still unanswered for Mr Lubbocks family and friends. Sixteen years on they still need to know what happened to Stuart on that night, how he was injured, and who is responsible for his death. A small number of people know the answers to those questions and over the years loyalties change and somebody may want to help us at this time. Essex Police remain committed to establishing what happened.