The brain can provide tell-tale signs of guilt, even though an admission in interview is elusive. Experts on brain fingerprinting put forward their views on its use in policing. 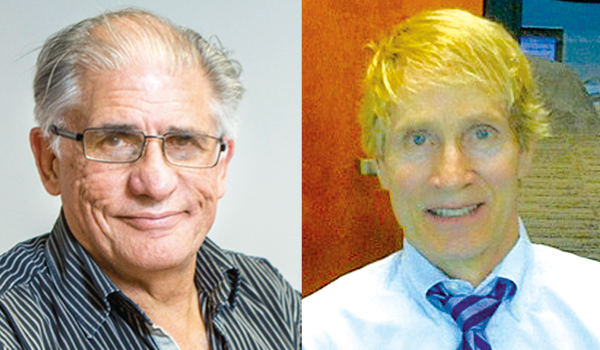 In June 2008, Indian student Aditi Sharma was arrested on suspicion of murdering her former boyfriend Udit Bharati by lacing his food with arsenic. When traditional interview techniques failed to determine her guilt, officers decided to try a new approach. A special cap containing 32 electrodes monitored Sharmas brainwave patterns while she was read a first-person description of the crime. When the results were analysed, Sharma was found to have experiential knowledge for having a plan to murder Mr Bharati by giving him arsenic, according to a report in The Times of India. Experiential knowledge was also found of her having gone to a temple to collect prasad (an edible religious offering), buying arsenic from a shop, calling Mr Bharati and giving him the poison-laced prasad. She was subsequently convicted of murder. The method used to expose Sharmas guilty thoughts is a variation of a method known as Forensic Brainwave Analysis (FBA), also known as brain fingerprinting, a system created during the late 1980s by American biological psychologist Dr Lawrence Farwell. At the heart of FBA is the P300 response, a spike in electrical activity within the brain that occurs after a person sees or hears something they recognise. The response takes its name from the fact that it usually arrives 300 milliseconds after the recognition occurs. If a suspect in a murder case is arrested and shown an image of the weapon used in the crime, a P300 response would suggest the suspect is lying if they deny committing the offence. Alternatively, a failure to generate a P300 response after being shown an image of the weapon would suggest the suspect was not involved. A conventional polygraph relies on flashes of sweat from the autonomous nervous response, a physiological panic brought on by lying, but the P300 is confined to the brain, making it significantly more difficult to beat according to its advocates. Suspects can still ignore the questions entirely or try to trigger recognition through other means, but questioning protocols can be arranged to catch them out. When the P300 is used in interrogations, the questions are pointed. Was the victim killed with a knife? Was the victim shot? Was the victim strangled? It is called the Concealed Information Test, or CIT. There might be a dozen such questions, all covering a single concrete aspect of the crime, but only one describes what really happened. If the suspect knows the victim was shot, he or she will show a P300 response when that specific question is asked. Although the technique has been used a handful of times in India and during one landmark appeal in the US, it has previously failed to be accepted more widely. It is only now that there is growing interest in its potential in the fight against crime and terrorism. Earlier this year, a team based at the University of Canterbury in New Zealand, working with Dr Farwell and the New Zealand Police and Corrections Services, completed a year-long trial to observe, test, analyse and verify the technology. Professor Robin Palmer, who spearheaded the brainwave trial and works as director of clinical studies at the University of Canterbury law school, said the technology had a lot of potential but admitted it could be a while before forensic brainwave analysis was admitted as evidence in Australian or New Zealand courts. The project teams overall conclusion was that the verification experiment results provide a solid platform for further research into FBA technology, towards the goal of applying it in police investigations and the New Zealand legal system, Professor Palmer said. From an admissibility to court situation, its still a fair way to go. Nobody wants to be first when it comes to scientific evidence, because youre putting your career on the line by making a decision which may turn out to be wrong or humiliating for you. Canterbury Police District Commander Superintendent John Price said his officers found participation in the project a very valuable experience, adding: We