Two men have been sentenced to a total of 30 years behind bars for knife attacks on three schoolboys at Notting Hill Carnival on childrens day. 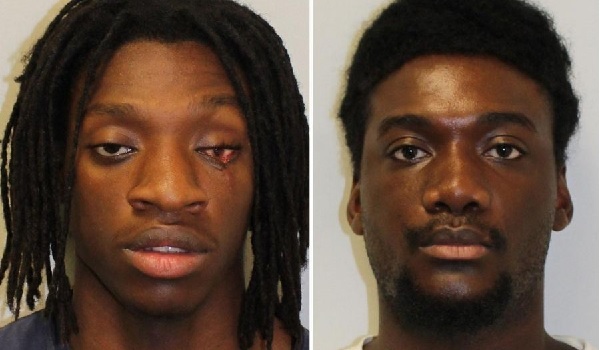 Two men have been sentenced to a total of 30 years behind bars for knife attacks on three schoolboys at Notting Hill Carnival on childrens day. Jordan Clarke, 20 and Eddy Mombele, 24 were sentenced to 15 years imprisonment each at the Old Bailey on Thursday (February 8), despite one defendants attempt to evade justice by hiding under his prison bed. The two men were seen weaving through the crowds at the carnival on August 28, 2016, looking for potential victims to exact revenge for an attack on a friend earlier that day. Clarke armed himself with a large 12 inch zombie knife, while Mombele brandished a flick knife. In the first incident, a 15-year-old boy was stabbed three times in the abdomen, buttocks and arm on Wornington Road, which left him needing emergency surgery. He was in the hospital for two weeks following the assault. The next two attacks took place almost an hour later in quick succession on Ladbroke Grove. A 16-year-old boy sustained a serious stab wound to his stomach while another victim, aged 15, was stabbed in the leg, requiring stitches. During the investigation into the assaults, one of the victims was able to point out Mombele and Clarke as the men who attacked him from images on Instagram. CCTV caught Clarke, who has a distinctive scar over his left eye, with a scarf over part of his face as they went after the second and third victims. Two search warrants were executed at Clarke and Mombeles home addresses on September 14, 2016, and both men were arrested. The zombie knife was confiscated from Clarkes house. Clarke refused to give evidence at his trial and hid under his bed in prison, so he could not be brought to court for sentencing, while Mombele denied the attack, blaming it on his co-defendant. Sentencing, Judge Angela Morris said attacks like these run the risk of destroying the very existence of the carnival itself. I am told that the effects of knife crime at the Notting Hill Carnival have caused serious concerns for the police and called into question its very future, she added, The three victims were amongst the many thousands of people who attended the carnival to soak up the atmosphere and have an enjoyable day, she added. Sadly, events turned sour during the course of that afternoon when four people were stabbed, requiring degrees of medical assistance including hospitalisation. Detective Inspector Driss Hayoukane, of the Notting Hill Post-Investigation team, said: “I would like to pay tribute to the bravery of all three victims of these horrendous assaults. They all stood up and gave evidence in court against their attackers. Sunday at Notting Hill Carnival is traditionally children`s day  a happy event to be enjoyed by thousands of children and their families  however, these two men came to carnival armed with a `zombie` knife and a flick knife, intent on seriously injuring innocent carnival goers. “During the trial, Clarke did not give evidence and Mombele gave evidence denying the offences and blaming Clarke for the assaults. One of the victims spent two weeks in hospital and it is only due to the skill of the surgeons that he has made a good recovery.”