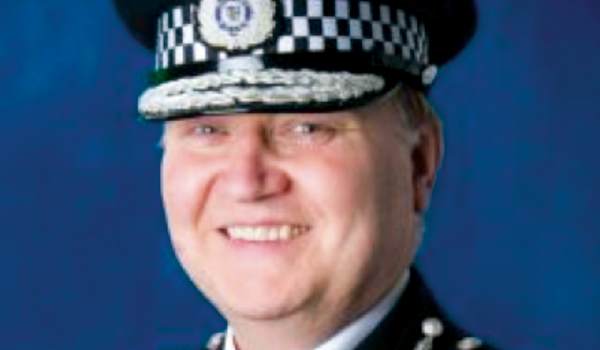 Despite the rise in internet-based criminality, there will be no robo-cops on the streets and the many aspects of policing that the public loves today will still be in place in 15 years time. Thats the view of Giles York, chief constable of Sussex Police, following a report by the independent think-tank Reform, Bobbies on the net: a police workforce fit for the digital age. The report, led by Reforms senior researcher Alexander Hitchcock, says that as crime changes, police forces must respond. Technological developments in recent decades  most notably the growth of the internet  have digitised traditional forms of crime, providing new opportunities for fraudsters, sex offenders and drug dealers. Technology also creates a new frontline of complex cybercrime, which previously would not have existed, says the report. And it adds that police forces need to develop a workforce capable of meeting digital crime  employing new technology, upskilling workers, making better use of volunteers and secondments and removing hierarchy to do so. Mr York agrees that modernising the workforce to meet the demands of digital crime is essential. In his guest blog for Reform he said: We do this in the face of shrinking resources and an exponential rise in this internet-based criminality, which is a challenge. I believe the public will be reassured that many aspects of policing that they love today will still be in place in 15 years time. There will be no robo-cops on the streets, despite wanting a workforce fit for its time. He said a key difference will be that frontline officers will be digitally aware, enabled and effective at combating crime. Changing the mindset of officers is critical, so that they make best use of technology and investigative opportunities, added Mr York. In Sussex, we introduced mobile data terminals (MDTs), or smartphones, to the front line, enabling officers to carry out many things we all think is normal, like email. These devices also give them police-specific functionality such as taking witness statements, recording crime, and access to criminal records and intelligence reports, among other useful functions. This frees up valuable time, provides better victim care and makes us more operationally effective. However, I know there are some officers who still think leaving their MDTs in a box unopened is worthy of a badge of honour. Indeed one question I ask my officers is: who thinks they use the most amount of data on their MDTs, and who uses the least? This prompts honest discussions about the use of technology and I am really clear that our organisation depends on us being able to utilise digital to stay operational. Mr York said public expectation is something that will also need reshaping: I remember a time when I would expect a home visit from the doctor if I was unwell. Now I wouldnt even dream of it, and my children think this is alien too. However, in a recent survey of thousands of digitally-engaged local residents, over 80 per cent felt they would like a home visit from the police if they were a victim of crime. I can point to several cases where we are more effective investigating remotely and keeping victims and witnesses up to date digitally. Mr York is the senior responsible officer for the Digital First programme, which will integrate digitised policing into the reformed criminal justice system to deliver the best possible service to the public. He said the police service is already digitising public contact so that members of the public can report online, share footage online, report via social media, pay for services such as firearms licensing and track the progress of investigations. And were working towards one single platform (www.police.uk) to replace 43 force websites, added Mr York. Were also building a national operating model for digital investigation and intelligence. This will provide forces with a standard set of capabilities, enable staff to work across the country, and show the public