As robotic dolls are set to hit the UK, Police Professional looks at the arguments for their use in preventing or encouraging criminality by sexual offenders who are able to play out their violent or illegal desires. 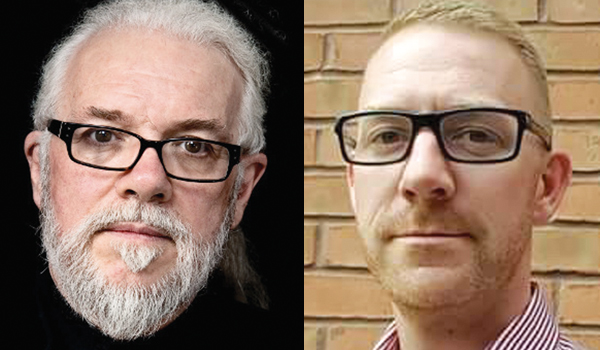 New developments in technology invariably morph into new forms of criminality that present yet more challenges to policing. Having confronted the potential harms of digital offences such as cybercrime, the service is already preparing for further technology-enabled threats that may lie ahead. Yet one development that, perhaps not surprisingly, is receiving little attention is one that technology experts believe could pose some of the most significant problems for police in the near future  the emergence of sex robots. Although easy to dismiss as pure science fiction, Professor Noel Sharkey, co-director of the Foundation for Responsible Robotics (FRR), says the challenges these robots will present to policing are enormous. If, as the FRR predicts, such dolls become more common, they could have major implications in areas such as the sex trade, privacy, child abuse and sexual assault. Professor Sharkey says their introduction is an inevitable development in the sex dolls market. These dolls are already being sold online through retailers such as Amazon and eBay, and doll brothels, up until now mostly seen in South Korea and Japan, are beginning to appear in Europe. Last year, a company called Lumidolls opened the first sex doll-exclusive brothel in Barcelona, charging clients 100 euro for an hour with one of the products. Professor Sharkey suggests the police service must begin to consider the potential issues and how to address them. The future is now Professor Sharkey says it is important to clarify what is meant by the term sex robot. Rather than the advanced lifelike androids seen in television and film, the FRR says these products are more likely to be silicone dolls with some motorised components, allowing them to move and have very limited conversational abilities. Several robots have already found their way onto the market; US company TrueCompanion offers sex robots it calls Roxxxy Gold and Rocky Gold, which come with pre-programmed personalities, and Android Love Dolls sells a device it claims can perform 50 automated sexual positions. As demand grows and technology progresses, they will inevitably become even more advanced. Research into whether the public would accept sex robots has produced mixed results. In 2016, Thomas Scheutz and Matthias Arnold of the Human-Robot Interaction Laboratory found two thirds of male respondents would be willing to use one, compared with one third of women, but their study had a limited sample size. In contrast, a 2013 poll by the Huffington Post found nine per cent of people would be willing to sleep with an android. So far, other than in films and on television, sex robots have not appeared on the UK radar, but this may be about to change. Geneva-based company Bumpix has opened a café in Switzerland where men can order a coffee as well as sexual favours from an escort, and intends to open a second branch in London. Due to UK prostitution laws on brothels, Professor Sharkey believes this café could instead use robotic sex workers. In time, he claims other areas of the sex industry could start offering them as a premium package. He told Police Professional: By bringing in a slightly more expensive product you could instead pay more to get a robot that can talk in a limited way and move rather than being completely passive. Some suggest that one impact of robot brothels or commercially-available products could have a disruptive effect on the illegal sex trade. However, studies suggest otherwise. Sex workers told the FRR that many of their clients want an element of human interaction that robots currently are not advanced enough to provide. Kay Firth Butterfield, a human rights lawyer, believes sex trafficking does not reduce in countries that have legalised prostitution, as many clients want power over their victims, or want to pretend they are in a genuine relationship. Protecting children Robotics could also have serious implications in other areas of sexual offending. In September 2016, Bord