The mayors of London and Greater Manchester have called on the Chancellor of the Exchequer to bear policing in mind when delivering his Budget next week. 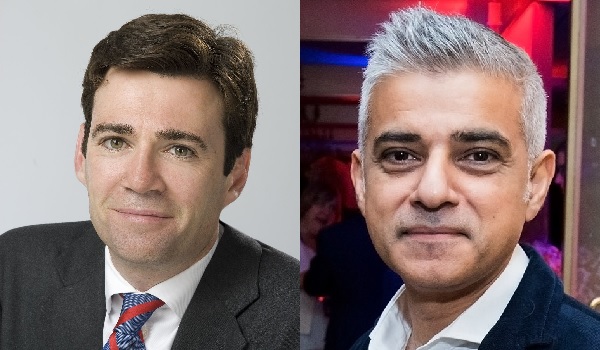 The mayors of London and Greater Manchester have called on the Chancellor of the Exchequer to bear policing in mind when delivering his Budget next week. In a letter to Philip Hammond, Sadiq Khan and Andy Burnham urged an to end the real-terms cuts that policing budgets have suffered since 2010, and public safety to be put first. Mr Hammond is set to deliver his Budget statement at the House of Commons on November 22. London and Manchester both suffered terror attacks this year, and Senior National Co-ordinator for Counter Terrorism Policing Deputy Assistant Commissioner Neil Basu recently warned the number of attacks will continue to increase. Mr Khan and Mr Burnham said they are extremely worried about the police services ability to keep their cities safe and prevent the risk of a future terror attack. They wrote: As you know, counter terrorism experts are warning that the increase in attacks and attempted attacks this year is not a blip, but a sustained rise. And this is against the backdrop of crime rising across the country and violent crime rising even faster. We urge you to use the Budget on November 22 to end the real-term cuts that our police service have undergone since 2010, and to put public safety first. To put it bluntly, if you continue with real-terms cuts you will be putting at risk the safety of those who live, work and visit our cities without an end to the years of real-term cuts. We implore you to use the Budget to ensure the continued safety of the people who live and work in our great cities and the millions of visitors we receive each year. We need a real-terms increase in police funding, ensuring that the national and international work that the police in our cities do on behalf of the rest of the country is properly funded. The Metropolitan Police Service has made £600 million of cuts since 2010, and must find a further £400 million in four years  a target that Commissioner Cressida Dick said would be incredibly demanding to reach. This has led to a 30 per cent reduction in police staff members  from 14,330 to 9,985  and 65 per cent in police community support officers  from 4,607 to 1,591. And Deputy Commissioner Craig Mackey has warned the budget cuts could lead to officer numbers falling to 27,500  the lowest figure in 19 years. Greater Manchester Police has also suffered cuts of £215 million since 2010, which has resulted in the loss of 2,000 police officers and 1,000 police staff members.