The Mayor of London has been accused of shifting blame for “secret” plans to close more than half of Londons remaining police station front counters onto potential cuts to funding. 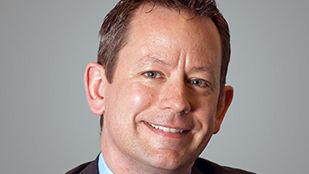 The Mayor of London has been accused of shifting blame for “secret” plans to close more than half of Londons remaining police station front counters onto potential cuts to funding. Leaked internal memos going back to last December have revealed reference to plotting closures while three weeks ago Sadiq Khan warned that electing a Tory government would leave the Metropolitan Police Service (MPS) with “no choice” but to axe public access to the face of the force. The Mayor spoke of “Londoners safety is on the ballot paper”. But today Greater London Assembly (GLA) Conservatives attacked the capital`s political leader for attempting to “profit politically” from the public`s security concerns in the wake of two major terrorist attacks. And it is claimed that Mayors Office for Policing and Crime (MOPAC) has been involved in email exchanges, even looking into conducting polling on how best to sell the idea of closing the stations to the public. Under the plans, the number of front counters in London would be slashed from 73 to 32 full time and four daytime stations. MOPAC officials are reportedly drawing up a blueprint to keep just one 24-hour police station open to the public in every borough. Four additional front counters would be retained across central London  including a new one at Paddington Green  that would open during office hours. Mr Khans plans also include an increase in the locations where neighbourhood officers can meet residents in informal settings such as cafés, supermarkets and libraries. Tory leader on the GLA, Gareth Bacon, lambasted the Mayor`s behaviour, attacking him for orchestrating a “blatant manipulation of public fear” that “brings his entire office into disrepute”. He said the Mayor made no mention of the potential closures in his Police and Crime Plan, published in March, yet went on to release his press statement at the end of May, claiming future central government cuts would cause something he had been planning for over six months. Mr Bacon said the Mayor was attempting “political gain to deflect blame for his own decisions onto central government”, adding: “Londoners deserve better transparency when it comes to decisions affecting front line policing at such a sensitive time. In reality, he and his team have been planning in secret to close half of Londons police stations and front counters for over six months  even discussing the best way to spin it to the public.” Mr Khan, in confirming what could ensue, said his top priority was to “protect” the number of frontline officers in the wake of the force facing up to £600 million in Government cuts since 2010 and finding another £400 million of savings by 2021. In addition, the Government still have not confirmed whether it will drop its police funding formula review which could see London lose hundreds of millions more every year, said Mr Khan. He added: “I`ve been clear that the scale of Government cuts to the Metropolitan Police would leave us no choice but to close police station front counters in London. because my top priority has to be protecting the number of police officers on London`s streets. “This shows once again that we desperately need the Government to properly fund the Met police. Their cuts will make London less safe.” When former Mayor Boris Johnson cut police station front counters in 2013, Mr Khan criticised the move and suggested Londoners could be forced to report crime at police contact points in McDonalds restaurants. MPS Commissioner Cressida Dick appeared to confirm the latest moves to the GLA on Wednesday (June 21), saying: We will be reducing the number of police stations, yes.