Like all forces, technology will enable Cumbria Constabulary to transform to cope with demand, however, Superintendent Matt Kennerley explains how maturity modelling has played a part in ensuring this vision is realised. 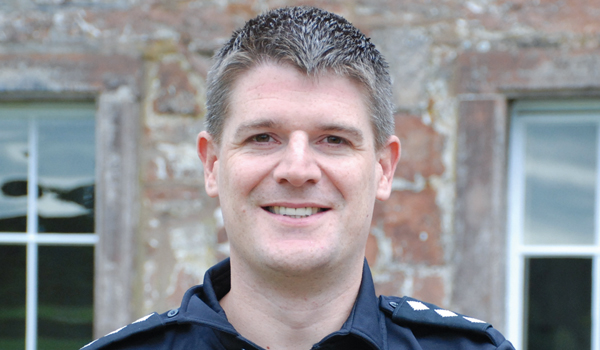 In order to build on the National Police Chiefs Councils Vision 2025 document, Cumbria Constabulary has undertaken significant work in preparing the force for the many challenges facing the service. Its Cumbria Vision 25 is a comprehensive strategy that sets out the constabularys ambition for 2025, building on the national document as well as the forces achievements, and details the approach for transforming policing in Cumbria. Cumbrias geography and environment remains a significant challenge for the force. As one of the largest forces geographically (at 2,634 square miles), 98 per cent of the area is categorised as rural, which presents different challenges to those faced by many other forces in England. Cumbria has a small, sparse population, but this is swelled by millions of visitors each year, increasing the demand on services and infrastructure. And its communities are becoming increasingly diverse with significantly isolated elements  financially, geographically and demographically. The county has already experienced extreme weather events that have extensively challenged emergency services, partners and communities, with global changing weather patterns likely to remain a threat. Demand on policing is growing with new crimes. Criminal methods are developing quickly, while the complexity of crime and investigations growing accordingly. Over the summer of 2017, Cumbria saw some of the highest recorded levels of calls into its command and control room and there is clear evidence now of the increasing complexity of crimes and incidents that officers are asked to deal with. Technology is also changing how the public interacts with the world and each other, changing culture and expectations of its use by police, with criminal exploitation of the internet and digital crime a growing problem. Terrorism is also likely to remain a key consideration for all forces, whether contributing resources to incidents elsewhere, reassuring the public, or in ensuring a forces own preparedness. This poses significant challenges for small forces such as Cumbria, with large distances between deployment centres and the travelling time if reliant on regional resources. This environment of evolving demand led chief officers to commission work to fully understand the capability gap affecting policing in Cumbria. Cumbria Vision 25 is a roadmap for the constabulary, providing both the aspirational look and feel of the organisation (developed together), as well as key principles for improvement, which in turn will drive a series of key deliverables in each business area. The work has focused on four overarching principles: Inclusivity  the chief officer team has been clear that Cumbria Vision 25 will be built upon meaningful engagement with the public and staff in order to include their views to deliver an outstanding service. With this in mind the constabulary has developed a number of channels to facilitate staff involvement and participation in building the plan  from online discussion forums, to roadshows, use of new Office365 products, as well as focus groups, practitioner events and staff suggestion schemes and activities; Collaborative  working together effectively across the organisation, as well as with partners and the public. The constabulary is in the process of aligning governance boards and performance frameworks to the five key areas of the national Vision 2025 document  local policing, workforce, specialist capabilities, business support and digital policing; Lean  Cumbria Constabulary is committed to achieving savings and focusing on delivery of benefits. To invest in the future, the constabulary will need to effectively realise savings and release capacity right across the organisation. A number of projects are ongoing to drive additional benefits from some of the technology already adopted, such as electronic pocket notebooks and mobile devices, with other work focused on fundamentally changing the way policing is delivered; and Sustainable  exploring opportunities