Britain`s Brexit negotiations could “pose challenges” to other countries ability to hold UK drivers to account in the wake of new data revealing the number of motorists investigated for traffic offences overseas has soared by nearly 1,200 per cent in the last two years. 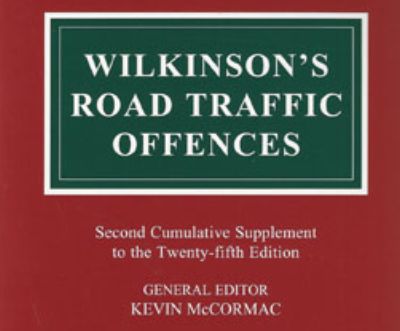 Britain`s Brexit negotiations could “pose challenges” to other countries ability to hold UK drivers to account in the wake of new data revealing the number of motorists investigated for traffic offences overseas has soared by nearly 1,200 per cent in the last two years. There were 1,625 applications by foreign prosecutors for help pursuing UK drivers last year, up from just 138 in 2014, representing a 1,177 per cent rise in 24 months, according to a Freedom of Information request to the Home Office. The figure increased by a third from 1,272 in 2015, according to research by specialist information supplier Thomson Reuters. It believes the twelvefold rise in requests since 2014 is primarily due to the introduction of new EU laws allowing the sharing of driver details across borders. Kevin McCormac, editor of legal guide Wilkinsons Road Traffic Offences, said: The latest EU legislation means there are now far fewer hiding places for British drivers abroad. Many UK drivers abroad are caught out due to being unaware of local road traffic laws, which can be a costly mistake if it results in a hefty fine or legal proceedings. It has never been easier for foreign prosecutors to request information to track down British drivers. Mutual Legal Assistance (MLA) is the method of cooperation between states for obtaining assistance in the prosecution of criminal offences, however, Mr McCormac said: It will be interesting to see how Brexit impacts the MLA framework as it could result in the UK withdrawing from some international legal agreements. Withdrawal may pose challenges for both businesses and the Government as the sharing of information may become more difficult. Equally, more than one million non-UK drivers have managed to avoid paying the Dart Charge when travelling over the Dartford Crossing in Kent. Fines totalling more than £81 million have been passed on to European debt recovery agencies since the charge began in 2014. Highways England has stated that foreign motorists not paying their charge make up less than one per cent of total crossings, but the fact of the matter is that the unpaid fines can add up to an enormous loss. A spokesperson said: We need enforcement to ensure that the appropriate Dart Charge is collected from all crossing users.