Inquests for the 22 people who lost their lives in the Manchester Arena terror attack have been put back until next year. 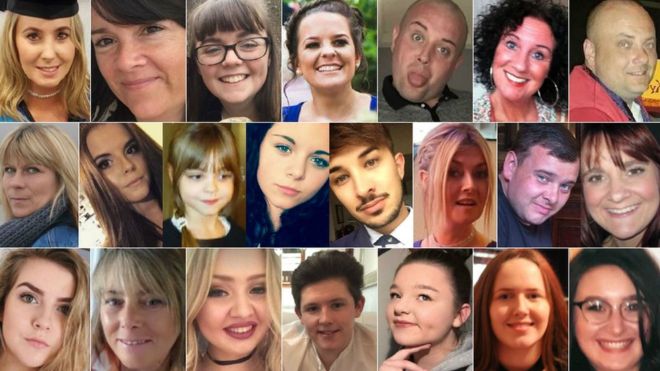 Inquests for the 22 people who lost their lives in the Manchester Arena terror attack have been put back until next year. Suicide bomber Salman Abedi detonated a device after an Ariana Grande concert on May 22. Manchester Coroner`s Office said on Thursday (November 23) that detectives are still gathering evidence  and it would confirm a new date early next year. The inquests were opened and adjourned at Manchester Civil Justice Centre in June with a further preliminary hearing set to take place on Friday (November 24). In June, HM Senior Coroner Nigel Meadows opened the inquests as brief summaries to the background circumstances of each of the fatalities were outlined. None of the families of the deceased attended the opening that lasted just short of an hour and was preceded by a minutes silence. A separate inquest is taking place into the death of the 22-year-old killer, which was also opened and adjourned in June. Abedi detonated the device at the end of the concert with 353 people, including 175 children, around him in the foyer of the arena venue, Greater Manchester Police said earlier this month. As well as the 22 dead, 16 people were very seriously injured including paralysis, loss of limbs, internal injuries, and very serious facial injuries involving complicated plastic surgery. Two people remain in hospital. A total of 512 people were either physically injured or left profoundly traumatised with 112 treated in hospital.