Police believe other suspects may have been involved in the Manchester Arena attack  with the Crown Prosecution Service (CPS) being primed as more arrests are “possible”. 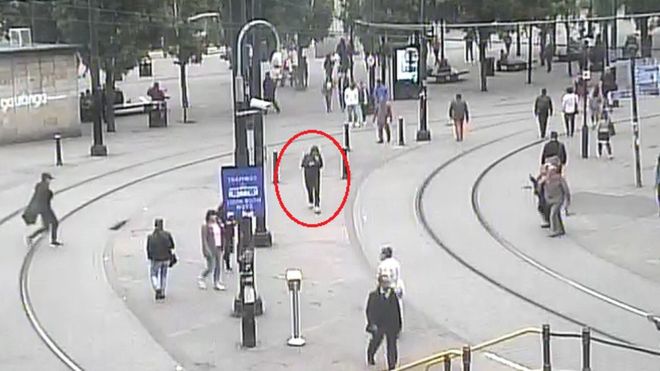 Police believe other suspects may have been involved in the Manchester Arena attack  with the Crown Prosecution Service (CPS) being primed as more arrests are “possible”. Detectives from Greater Manchester Police want to speak to Salman Abedis younger brother Hashem, who was detained in Tripoli shortly after the May 22 attack and remains in custody in Libya. However, the suicide bomber was not thought to be part of a larger network, the head of the North West Counter Terrorism unit has said. But Detective Chief Superintendent Russ Jackson said others may have been “aware or complicit” in the attack that killed 22 people. Many of those 250 injured in the Arena blast have been left with life-changing injuries, ranging from paralysis and loss of limbs to internal and facial wounds, he said. Senior officers say they are extremely keen to bring Hashem Abedi back to the UK for questioning and detailed talks with authorities in the Middle East are now under way. Det Chief Supt Jackson revealed to a media briefing on Thursday (July 6) that the serial killer had walked around Manchester city centre for several hours with his nail bomb primed to explode before detonating inside the foyer of the Arena. But it is not thought the terrorist had any other target in mind. The bomb had a “devastating” impact and gouged out a section of the concrete floor, he said. GMP also confirmed that in the months before the attack Abedi visited Abdalraouf Abdullah, at Altcourse prison in Liverpool. Abdullah, a Libyan refugee from Moss Side, Manchester, is currently serving a five year and six months sentence after being found guilty last year of assisting others in the preparation, commission or assisting acts of terrorism and funding terrorism. Det Chief Supt Jackson said: He did visit him and that forms part of our investigation. Taking into account the injured, eyewitnesses, and those interviewed by officers, some 3,200 people now form part of the investigation, he added. He said the investigation had concentrated on CCTV phone evidence and financial transactions, and witness interviews, adding that searches of various premises took eight days to complete and the digital exhibits seized contained over three million files. Officers are going through 16,000 hours of CCTV and have taken 755 statements so far. The force now does not believe Abedi was part of a network of terrorists but said they expected others were involved and anticipated making further arrests. Det Chief Supt Jackson said: We want to speak with Hashem Abedi and we can now say that we are currently engaging with the CPS and the Libyan authorities. This process is ongoing and it would not be appropriate to comment any further on this.” He added: The senior investigating officer (SIO) is now embarking on a series of personal visits to the families of those killed by Abedi. Not all those families want contact. But those that do, we will be meeting with them. He has already met with four families in the past week and it is fair to say the impact on the families is nothing short of devastating. The SIO will also be visiting those that were seriously injured. There are over 250 people that we are in contact with that were injured and the effects on many of them have been profound. Of the critical injuries they include paralysis, loss of limbs, internal injuries, and very bad facial injuries. Many are having complicated surgery. We are having constant dialogue with these people and will be holding large scale case conferences in the coming months about the people affected. He said the investigation team had met with the local Libyan community – Abedis parents came to Manchester to flee the Gaddafi regime. Our understanding of Abedis movements is clear. We understand the make-up of the bomb and how the constituent parts were made. We have found significant forensic evidence is several locations. To be clear, we do not have evidence at this time of a large network. We do not have evidence to suggest