Greater Manchester`s mayor has welcomed Theresa Mays promise to fully fund the costs of dealing with the Arena terror bombing after criticism that an initial offer fell millions short of what was needed. 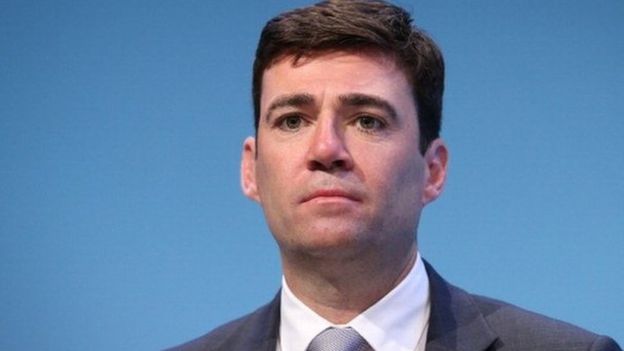 Greater Manchester`s mayor has welcomed Theresa Mays promise to fully fund the costs of dealing with the Arena terror bombing after criticism that an initial offer fell millions short of what was needed. Andy Burnham said he would work constructively with the joint Government taskforce set up by the Prime Minister as she put her name to meeting the exceptional costs in coping with the terrible attack  even if it the final total reached £28 million. Mrs May had previously said Manchester had been assured it would receive £12 million, with £3 million being made available immediately. But Mr Burnham said more than £17.5 million had already been spent and suggested at least £10.4 million more could be needed to cover such things as policing costs as well as an inquiry and the inquests into the 22 deaths at the hands of suicide bomber Salman Abedi. The £12 million figure would have meant local authorities being forced to cut services to make up the £5 million shortfall on what had already been spent, he had warned. In a statement, Mrs May assured the region will get the financial support required, adding a taskforce has been established within the Cabinet Office  comprising the Home Office, Ministry of Justice, the Department for Communities and Local Government and the Department of Health  to oversee progress on meeting the costs. Mrs May said: The terror attack in Manchester was one of the darkest moments in the city`s history. Twenty two people were killed in a brutal act of hatred deliberately aimed at innocent children on what should have been one of the best nights of their young lives. In the hours, days and weeks that followed the Arena bombing, the spirit of Manchester shone out in defiance of an attack designed to destroy lives and devastate a community. I promised in the wake of that appalling atrocity this Government would do all it could to help victims recover and the city to heal. I repeat that commitment. Where your public services have had to bear, or will bear, unexpected and exceptional costs in coping with this terrible attack, these will be met by the Government. The process of making those payments is on-going and I understand the frustration felt at the pace of delivery. So I have taken steps to speed up our response. Over the weekend a taskforce has been established within the Cabinet Office to oversee progress and expedite payments when necessary. Not all the funding will be needed immediately. “For example, the inquests, opened and adjourned this month, will not begin until next June. Be in no doubt, however, Manchester will get the financial support it needs, and if that costs £28 million, as Andy Burnham has estimated, then that is what we will make available. Mr Burnham has welcomed the announcement, adding: I thank the Prime Minister for her helpful words. We will work constructively with the taskforce to achieve a fair resolution.” Inquests for the 22 people who lost their lives in the Manchester Arena terror attack have been put back until next year. Abedi detonated a device after an Ariana Grande concert at the Manchester Arena on May 22 with 353 people, including 175 children, around him in the foyer of the arena venue, Greater Manchester Police said earlier this month. As well as the 22 dead, 16 people were very seriously injured including paralysis, loss of limbs, internal injuries, and very serious facial injuries involving complicated plastic surgery. Two people remain in hospital. A total of 512 people were either physically injured or left profoundly traumatised with 112 treated in hospital. Manchester Coroner`s Office said last week that detectives are still gathering evidence  and it would confirm a new date early next year. The inquests were opened and adjourned at Manchester Civil Justice Centre in June with a further preliminary hearing set to take place last Friday (November 24). In June, HM Senior Coroner Nigel Meadows opened the inque