A 59-year-old man from Loughborough who admitted being “sexually attracted to babies and toddlers” has been jailed after he paid for the abuse of young children in Asia. 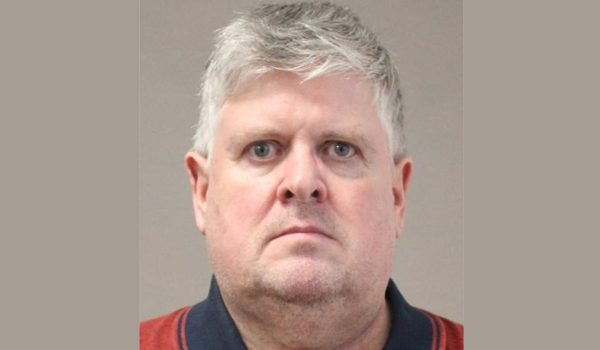 Ian Wynter paid a father in the Philippines seven times to abuse his son on video calls between 2019 and 2020, said the Crown Prosecution Service (CPS). Wynter also discussed travelling to the country so he could abuse the boy himself. The father of the child was jailed in January 2021 for his offending.

The CPS said Wynter also paid an Indonesian man to abuse a young boy in 2018, making five payments in total.

At Leicester Crown Court on Wednesday (November 9), he was sentenced to 19 years in prison and a further six years on an extended licence due to the dangerousness of his offending. As part of his sentence, he has also been banned from visiting countries in South East Asia for five years.

Wynter had pleaded guilty to 13 charges in June this year, including multiple counts of encouraging the sexual assault and rape of a child under 13, taking an indecent photograph of a child and the possession and distribution of indecent images of children.

Working closely with the CPS, National Crime Agency (NCA) investigators identified that Wynter targeted financially vulnerable individuals in countries such as the Philippines and Indonesia. He would give them explicit direction and pay them to live-stream themselves carrying out the abuse.

Wynter was arrested by the NCA in January 2020 after flying into Gatwick airport from Shanghai, China, where he had been living and working.

Officers seized a number of electronic devices, including phones, a laptop and an external hard drive from him at the airport, as well as from his UK home in Loughborough.

They recovered thousands of online chat logs which showed Wynter speaking with offenders based all over the world.

In the chats, Wynter describes himself as a “paedophile” who is “sexually attracted to babies and toddlers”. As well as discussing raping them among other horrific ‘fantasies’, he also advised others on how to carry out abuse without getting caught.

“While on a trip to Thailand in 2020, he engaged in an online conversation with another paedophile about potentially finding a local child to abuse,” said the NCA.

“The chat logs and financial records showed that Wynter had paid a man in the Philippines to abuse a two-year-old boy for him via video call, on multiple occasions in 2019.

“Video recordings of these calls made by Wynter show him directing the abuse throughout, as well as requesting specific sexual acts in the chat box.”

The NCA said additional messages show the man telling Wynter he is in financial difficulty and needs money for “milk and diapers”.

Wynter later passed on the contact details of the Filipino facilitator to another online user, who he said was willing to pay “$125 up front for a show”.

The facilitator has since been sentenced to 15 years in prison in the Philippines and local authorities safeguarded the child, said the NCA.

It added: “Wynter also paid another male facilitator in Indonesia for several video calls of him abusing two-year-old boy in 2018. In this case, the man said the money would help pay for his diploma.”

The NCA said 17,000 indecent images of children (6,000 in category A) were stored across Wynter’s devices, many of which he had also shared online. Within these was a naked image of a child that he had taken himself.

Tony Smith from the NCA said: “Ian Wynter is a prolific sexual offender who caused very young children to suffer the most horrendous abuse at the hands of willing facilitators, giving them specific direction and financial reward.

“Wynter spoke with thousands of other predators online with whom he openly discussed his horrific sexual fantasies, and offered advice on carrying out abuse while avoiding detection.

“This case is a key example of how predatory sexual offenders are using online platforms to target vulnerable children overseas, as well as to connect with other like-minded individuals. Wynter’s sentence reflects the gravity of his worldwide offending and our commitment to bring him to justice.

“The NCA works with law enforcement partners across the globe to ensure we are identifying and disrupting offenders, and safeguarding children, wherever they are.”

“This conviction sends a clear message that the CPS, working alongside the NCA and international partners, will work to bring to justice those who sexually abuse and exploit children, wherever that abuse takes place.

“Working with our international partners we have also been able to help the Filipino courts jail one of the abusers Wynter encouraged in his appalling search for sexual gratification.”

Wynter will also be subject to an indefinite Sexual Harm Prevention Order and has been placed on the Sex Offender Register.