A man who lured officers to a house with a bogus emergency call and then attacked them with a knife has been convicted of three counts of grievous bodily harm (GBH) with intent and one of attempted GBH.

Alex Traykov, 20, of Redhill, was found guilty after a trial at the Old Bailey and will be sentenced at the same court on May 10.

The court heard how on the evening of Saturday, October 6, 2018, the Metropolitan Police Service (MPS) received an emergency call to a house in Liverpool Road, Islington. The caller said that there was a fight in progress between two men and gave his name as Soloman. This proved to be a lie; there was no fight and phone inquiries later revealed the caller was in fact Traykov.

Four MPS officers – two male and two female – arrived at the address in two police vehicles. CCTV later showed the four officers walking up a long stairway to a house that was dark and appaeared quiet. One of the female officers, PC Said-Ali, rang the front door bell and it was opened within a matter of seconds by Traykov.

PC Said Ali asked if he was all right, but Traykov appeared emotionless and stood with his right hand behind his back. PC Said Ali warned her colleagues that he had something in his hand and, as soon as she said this, Traykov raised his hand revealing a large knife.

PC Said Ali stepped back and raised her hand to protect herself as Traykov brought the knife down, cutting her head and her hand. The officer fell down the steps and Traykov began slashing at the other officers. PC Ben Thomson saw him raise the knife above his head and bring it down in a series of stabbing motions. He swung the knife at PC Rafal Kedziora and struck him to the face, the blow disorientating him.

The officers immediately tried to get out of the way of the vicious and unprovoked attack but Traykov continued stabbing at the officers multiple times with the knife, causing them to stumble and fall down the stairs to the gate of the property.

Traykov pursued them and stood over PC Kedziora with the knife. When he saw PC Launa Watkins with a Taser, Traykov threw the knife at her. PC Watkins discharged her Taser, striking Traykov, who fell to the floor. Traykov managed to get back up and PC Watkins had to use the Taser a second time, again forcing Traykov to the floor. Officers were then able to restrain him using their protective equipment.

The knife Traykov used was later recovered from the road and forensically examined. It had a 23cm-long blade and was found to show traces of PC Kedziora’s blood. All four officers were injured in the attack

One officer had a laceration to his left cheek, which required eight stitches, and a 2cm laceration to his neck, which required five stitches. He also had injuries to his elbow, knee and left leg. One of the officers had a cut on her right hand and the back of her head that caused significant bleeding. This resulted in her fainting and requiring immediate hospital treatment.

Of the other two officers, one had a suspected fracture to her left wrist and the other a 15cm laceration to his forearm. Traykov was arrested and questioned, but he declined to give any explanation of why he launched the attack.

Detective Constable Ed Sehmer, of the MPS Central North Command Unit, said: ”This whole attack lasted only about 30 seconds, but was a traumatic and terrifying ordeal for officers, who were only going about their duty. Events such as this highlight the courageous work that police do every day, sometimes having to confront violent and dangerous criminals, who are determined to do them harm.

“These officers went to help someone they believed was in need of police assistance, not realising they were being lured to a trap and a chilling ambush awaited them. If my colleagues had not reacted so quickly to protect each other, the result of that night could have been deadly.

“Traykov will now have to faces the consequences of his actions, but I am sure that night will linger in the memories of those four officers, who are now back on duty, responding to calls and working to keep London safe.”

The senior investigating officer, Detective Inspector Kate Stannard, added. “On that evening, four officers involved in this case were just going about their daily duties. They responded to a 999 request for assistance to a fight and went believing that someone was in need of help. The reality of that call was far more sinister. The defendant Alex Traykov had lured the officers to the address and what followed was like something out of a nightmare.

“Traykov armed with a knife carried out frenzied and violent attacked on four police officers, repeatedly stabbing them. As officers were knocked to the ground Traykov continued in his attack and the officers sustained numerous serious knife wounds. Thankfully, one of the officers was carrying a Taser and managed to use it and this stopped Traykov for long enough to allow officers to detain him. I honestly believe that using that Taser saved the lives of the four officers involved. It reinforces the importance of our police officers having the right equipment to protect themselves and other members of the public.

“This case highlights the very real risk that police officers can be confronted with on a daily basis and the courage and professionalism officers demonstrate when doing their job.
I commend the four officers for their bravery and determination to detain and arrest this very dangerous individual and I will ensure they have the ongoing support to deal with the profound impact this has had on them emotionally.

“The investigation team have worked tirelessly to ensure that sufficient evidence was gathered to support a conviction. I am sure this case will send out a clear message, to any individuals who think that it is acceptable to attack police officers – they won’t get away with it. They will be brought to justice.”

PC Thomson said it had been “the most stressful period” in his life, both personally and for his family.

“I joined this job to protect people and uphold the law. My colleagues and I did our duty on that night, and we were subjected to an unprovoked savage attack at the hands of the defendant,” he added. “We all suffered injury as a result, but fortunately we were able to fight back and ultimately we survived, and our physical injuries have or will heal over time. Who can say how we have been injured mentally and whether we will ever come to terms with what we experienced.”

PC Watkins said: “When I attended the call that night it was with the intention of protecting the public, I didn’t realise it would in fact be me, and my colleagues, who would be fighting for our lives at the hands of a knife wielding 19-year-old, who had lured us to the address with the intention of carrying out the attack. I have never been subjected to such a violent and determined attack in the entirety of my 16 years of service, and I hope that no other officer ever has to endure such gratuitous violence. Luckily that night myself and my colleagues were determined to never give up and to stay alive and fight, despite us all suffering injuries at the hands of this individual.”

PC Kedziora said police officers faced “ruthless criminals” on a daily basis who have “zero regard for the value of life”.

“We experience traumatic events daily, and are frequently placed in dangerous situations, which yes is part of the job, and accept that; we run towards danger and not away from it. I and my colleagues came to work that evening to protect and serve the community, I have been left with life-changing injuries that my family and I are continuing to come to terms with, and the mental scars may never heal,” he added.

PC Ali said: “These past six months have been a rollercoaster of emotions, and stress and pain for me, my family, my colleagues and the wider team I work with. I joined this job knowing the risks that comes with it however I never thought I would ever come close to death like I did on that night and no level of training could have prepared us for what we had to endure. Although we are police officers, we are human beings just like the communities we serve. We should be able to go to work and do the job we have chosen to do without a fear of not going home to our loved ones at the end of our shift. It is my hope that justice will be served and I hope this can stand in some way as a line drawn in the sand. I hope it serves to make any person thinking of using a knife against another person to consider the consequences, including those to their own families and friends, understanding that if they do, they will be dealt with robustly and that the judicial process will seek the harshest sentence tariff in order to protect police officers and the law abiding public.” 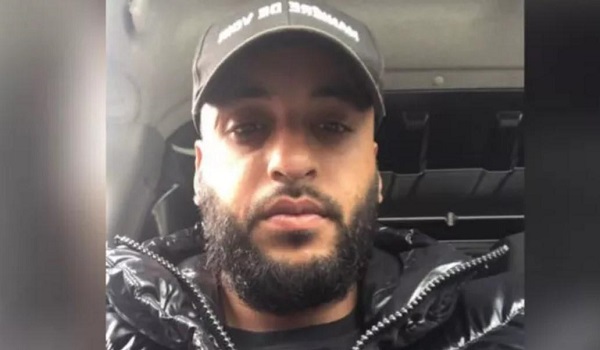 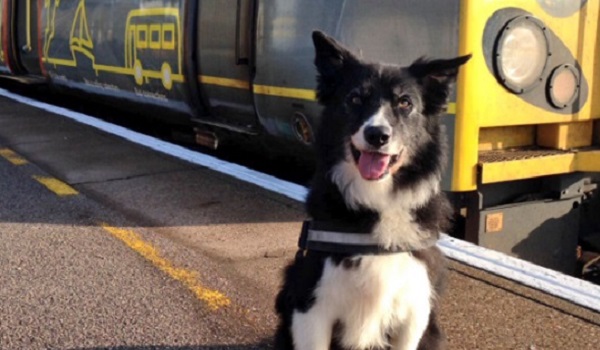