A Cambridgeshire Constabulary officer has described being chased by a man wielding a meat cleaver as the “worst night of her life” after multiple attempts to subdue him failed to have any effect. 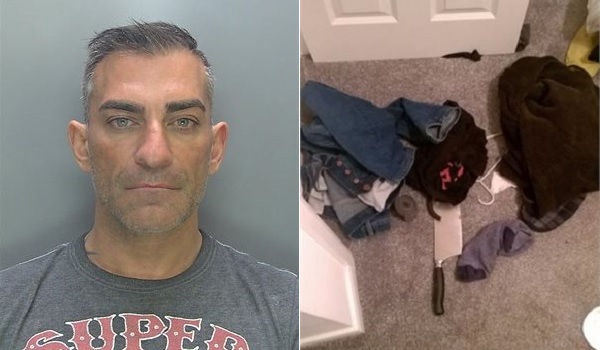 Daniel Diaz-Sevilla and the cleaver used in the attack.

Officers had visited the home of Daniel Diaz-Sevilla in St Ives, Cambridgeshire, just before 3.30am on November 23, 2019, after his wife called police to say he was not acting normally “in any shape or form”.

Diaz-Sevilla had taken a quantity of cocaine and could be heard shouting on the 999 call.

Officers found Diaz-Sevilla holding his phone and wearing just his boxer shorts. They moved his wife and son into the sitting room of the property to establish what had happened, but Diaz-Sevilla overpowered the officers and entered the room.

He moved towards the sofa at the back of the room in a “frenzied manner” and produced large meat cleaver, approaching the officers and shouting at them to get out of the house.

Officers retreated outside for their own safety and when one officer tried to run towards the door again, Diaz-Sevilla locked it.

A few moments later the door was opened by his wife but as an officer approached it, Diaz-Sevilla came running down the stairs at speed, screaming and holding the meat cleaver.

The officer Tasered him, but Diaz-Sevilla continued to lash out towards them outside the door with the cleaver. Attempts to disarm him also failed and officers retreated again after Diaz-Sevilla got to his feet and shut the door.

He could be seen through the glass in the front door and continued making slashing motions with the meat cleaver before smashing the glass, which narrowly missed officers.

Diaz-Sevilla was sprayed with PAVA but this also had no effect. He continued to shout and roam the house with the weapon in his hand.

At 3.40am, Diaz-Sevilla called 999 and told the operator he was scared and wanted the police. The operator told him police were already at his house, but he said he could not speak to them and still needed “other officers”.

He was arrested just under an hour later after speaking to a negotiator on the phone and obeying instructions to leave the house slowly and calmly.

During his interview, Diaz-Sevilla, who has no previous convictions, said he started to hallucinate after taking cocaine and was worried that “fake police” had come to his house to hurt his family.

He claimed to have no recollection of brandishing the meat cleaver or being Tasered. He was sentenced to a total of 21 months imprisonment after pleading guilty to two counts of affray and three counts of assaulting an emergency worker. He was also handed a five-year restraining order preventing him from contacting his wife.

Detective Constable Josh Coe, who led the investigation, said: “This was a horrific and traumatic incident for all involved. The officers just doing their job believed they were at risk of being seriously injured or killed, and all took time off work as a result.

“One of the officers still describes this as the worst night of her life, but she takes comfort in the fact nobody was seriously injured and explains this is exactly why she works in the job she does.

“Incidents like this highlight what officers deal with on a regular basis and also the consequences of taking Class A drugs, which can devastate lives.” 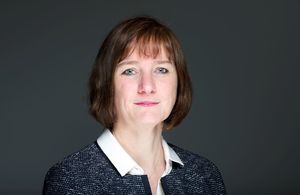 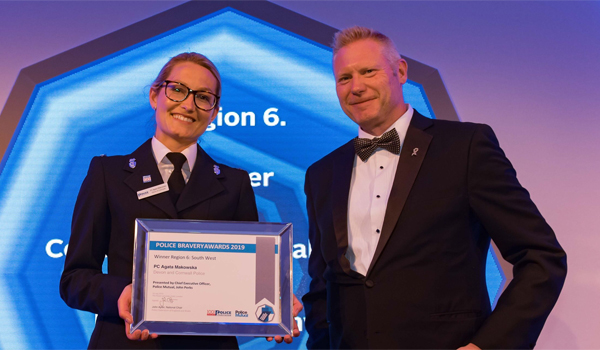 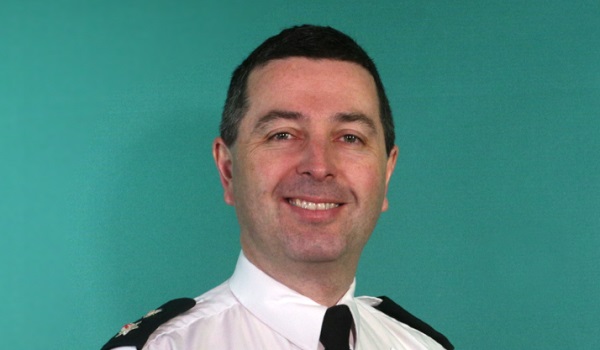