A man who left an officer scarred for life after biting her while she tried to restrain him has been sent to prison. 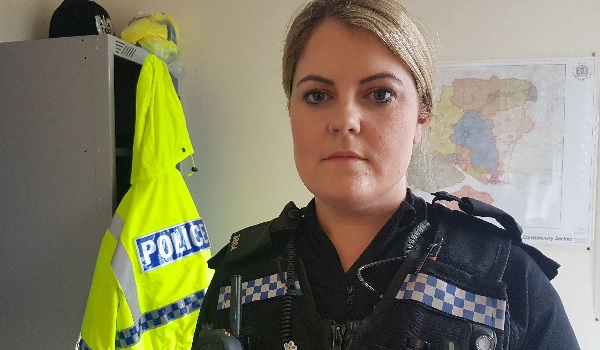 A man who left an officer scarred for life after biting her while she tried to restrain him has been sent to prison. Police Constable Danielle Ruzewicz, of Hampshire Constabulary, was left with a 6x3cm tear on her arm when Brett Ferre sunk his teeth into her. Ferre was sentenced to two years and four months in prison on Friday (September 15) after he admitted unlawful wounding on the first day of his trial at Portsmouth Crown Court. Hampshire Police Federation chair John Apter said the injury inflicted on PC Ruzewicz is the worst bite injury he has ever seen on a police officer, and has scarred her for life. On September 16 last year, PC Ruzewicz and her colleague PC Nicki Wisdom were responding to a call when they spotted Ferre with a head injury at Portchester seafront. As the officers tried to restrain him, Ferre trapped PC Ruzewiczs hand under his head and bit down on her arm. Straight away I could see lots of blood pouring out of him, she said. It wasnt really until I got to hospital and they took the bandage off that I realised quite how bad it was. I ended up with a 6x3cm tear on my arm. These things have quite an impact on you  my children were affected and I started questioning, Is this a job I really want to do, if this is the risk Im exposed to? PC Ruzewicz had to wait six months after the attack before she knew she was clear of any diseases. Mr Apter said: Police officers should have the protection and support of the courts  I understand that the sentence imposed falls within the sentencing guidelines but it does nothing to support the victim of such an attack. “The Government must tackle the issue of perverse sentences for those who assault emergency service workers. The rules must now be changed to ensure society protects those who protect them. PC Ruzewicz will have to live with his actions for ever. Lets not forget that on the day in question, the officer and her colleague went to help Frere, he responded by biting PC Ruzewicz so badly she is now permanently marred.