Man jailed for campaign of rape committed thousands of miles away

A serial social media paedophile jailed for his involvement in the rape of a baby 4,000 miles away from his UK home may have targeted as many as 100 victims around the world. 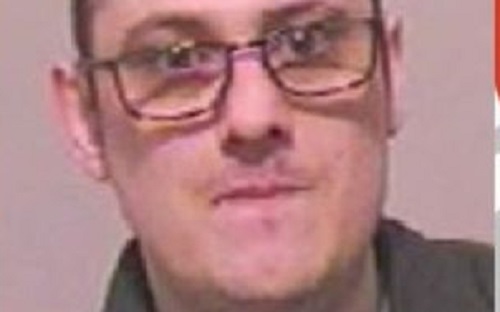 A serial social media paedophile jailed for his involvement in the rape of a baby 4,000 miles away from his UK home may have targeted as many as 100 victims around the world. Posing as a young girl, Paul Leighton, from Seaham, County Durham, created up to 40 fake Facebook profiles to befriend teenagers in Britain, Canada, the US and Australia. He tricked them into sending him naked selfies, then blackmailed them into abusing young relatives. The 32-year-old had earlier admitted a total of 21 offences at Newcastle Crown Court. In one particular episode, the spray painter coerced a 14-year-old boy in Florida into repeatedly raping his baby niece. Leighton admitted three counts of rape despite never having been near the youngster himself. A court heard he would threaten to send indecent images, which he had tricked youngsters into sending him, to their families unless they carried out his wishes. Now the clearly dangerous man has been jailed for 16 years for offences of blackmail, rape, causing a child to engage in sexual activity, making indecent photographs of a child, sexual assault, distributing indecent images of a child and possession of an indecent video. The FBI is investigating other victims Leighton may have targeted. A 14-year-old boy from Florida was tricked into believing he was talking to a girl, then coerced into repeatedly raping his one-year-old niece. Leighton threatened the teenager that he would post videos of the abuse online if he did not do more vile acts of abuse. The boy has since been charged by the US authorities. Prosecutor Paul Reid said: This was a campaign of rape. The defendant has pleaded guilty to the rape of this baby 4,000 miles away as he was using (the uncle) as an accessory. Mr Reid said the case involved the utterly appalling abuse of many children. The court heard Leighton blackmailed two British teenage girls and also sexually abused a nine-year-old girl living in the north east of England. Leighton was arrested in November by officers investigating reports he had exchanged indecent images on Facebook. When they examined his phone they found evidence that as many as 100 children had been abused. Leighton set up multiple fake profiles of young girls on Facebook, then joined groups for teenagers. He would make contact with them and get them to send indecent photos of themselves. He then used those images to blackmail them into attacking younger relatives, telling them they faced exposure to friends, family and schoolfriends if they did not comply. Leighton even threatened the teenagers that he would go to the police if they did not do as he said, the court heard. He threatened the boy in Florida, saying: Block me, I immediately post them (the images). Do you want that? Do everything I say to her or I will. Leighton also trapped a 13-year-old girl in Tennessee and forced her into having sex with her older brother. She begged Leighton to delete the pictures she had sent him, but he refused. The court heard the brother has now been charged with incest and rape. Andrew Rutter, defending, said Leighton was taking drugs and drinking alcohol at the time and his early guilty plea was his best mitigation. Mr Rutter added: He protests it was not for sexual gratification but because it gave him a feeling of power to exercise the utmost control over other individuals. As well as the 16 year prison sentence, of which Leighton must serve at least two-thirds, he will be on an extended licence until 2039, must sign the Sex Offenders Register for life and was given a sexual harm prevention order. After the case, Detective Sergeant Peter Morgan, of Northumbria Police, which led the investigation, said it was the worst case of his career. He has victims in this country, America, Canada and Australia and there may be dozens more who have not yet reported abuse to the authorities, he said. Det Sgt Morgan said the offending left an impact on his team but Leighton showed no remorse. He added: He was ca