A man who allowed his dog to attack a police officer to facilitate his escape from a stop and search has been sent to prison. 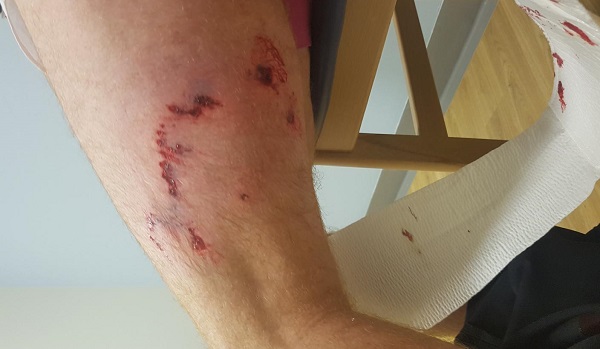 A man who allowed his dog to attack a police officer to facilitate his escape from a stop and search has been sent to prison. Michael Foster, 22, from north London, was sentenced to 29 months imprisonment at Harrow Crown Court on Monday (September 25). He pleaded guilty at the same court on June 23 of being in charge of a dog dangerously out of control, causing injury. On November 28, 2016, the Metropolitan Police Service was called to reports of a drug deal taking place. As a police constable arrived at the scene, he saw Foster cycling slowly with a dog. The officer began pursuing Foster after he failed to stop and managed to grab his coat, telling him he was detained for the purpose of a search. As the officer began to search Foster, the dog started to bark aggressively at him. He asked Foster to control the dog but he ran behind a vehicle instead. The dog bit the officer on his wrist and left thigh, leaving him with deep lacerations. He was forced to use his Taser to get the dog to release its grip. After the animal ran away, the officer limped to his vehicle for safety and awaited back up. The dog has since never been traced. Foster was arrested later that day at an address in north London. He was charged on November 29 on suspicion of being in charge of a dog dangerously out of control causing injury. Sergeant Craig Martin, from Barnet`s Gangs Unit, said: “Foster used his dog as a weapon to facilitate his escape from a drugs search. The attack resulted in the officer receiving serious injuries, which needed hospital treatment. No officer should be attacked for simply carrying out their duty and dogs should never be used as a weapon. Anyone who thinks it is okay to injure an officer or use a dog inappropriately will be brought to justice.”