Man in court over alleged plot to attack, bomb and kill the Prime Minister

An alleged Muslim extremist intended to bomb Downing Street security gates before trying to kill Theresa May in the ensuing chaos, a court heard today. 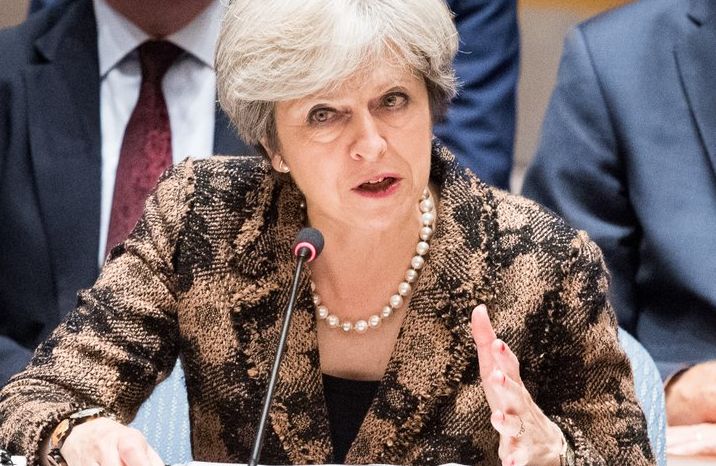 An alleged Muslim extremist intended to bomb Downing Street security gates before trying to kill Theresa May in the ensuing chaos, a court heard today. Naaimur Zakariyah Rahman, 20, allegedly concocted a plan to storm the Prime Ministers residence by blowing the front gates with a homemade bomb hidden in a bag. It is said he plotted to arm himself with knives, pepper spray and a suicide vest to kill Mrs May in the ensuing chaos. Rahman, from North Finchley, appeared in the dock at Westminster Magistrates Court on Wednesday morning (December 6) to face two terrorism charges. He was joined by Mohammed Aqib Imran, 21, who is accused of planning to flee the UK for Libya to become a jihadi fighter. It is said Rahman had been supporting Imrans plans to join Islamic State (Daesh) fighters in Libya. Prosecutor Mark Carroll told the court: Rahman planned to detonate an improvised explosive device within a bag at the gates of Downing Street on Whitehall, London and then seek to gain access to No 10 Downing Street in the ensuing chaos with a view to trying to kill the Prime Minister. The secondary attack on No 10 was to be carried out with a suicide vest, pepper spray and a knife. His purpose was to attack, kill and cause explosions. Rahman, who faces charges of intending to commit acts of terrorism and assisting in the commission of acts of terrorism, and Imran, from east Birmingham, who is accused of a single charge of intending to commit acts of terrorism, did not enter any pleas but indicated they will deny the charges. Chief Magistrate Emma Arbuthnot remanded both men in custody until a hearing at the Old Bailey on December 20. The two men were originally arrested by counter-terrorism officers in London and Birmingham on November 28. Details of the alleged plan were reportedly given to the Cabinet on Tuesday (December 5) by the head of MI5, Andrew Parker, in a briefing in which he revealed that a total of nine Islamist terrorist plots have been thwarted in the UK since March. Mr Parker`s Cabinet briefing came on the same day that a review of a string of UK terror attacks earlier this year revealed that the Manchester Arena bomber Salman Abedi was known to MI5 and it was conceivable his attack, in which 22 people died, could have been stopped had the cards fallen differently. The assessment by former Independent Reviewer of Terrorism Legislation David Anderson confirmed that three terrorists involved in attacks that hit Britain between March and June this year had at some point been on authorities radar.