A man has been arrested in connection with an IRA bomb attack that killed three Royal Ulster Constabulary (RUC) officers and a Catholic nun nearly 30 years ago. 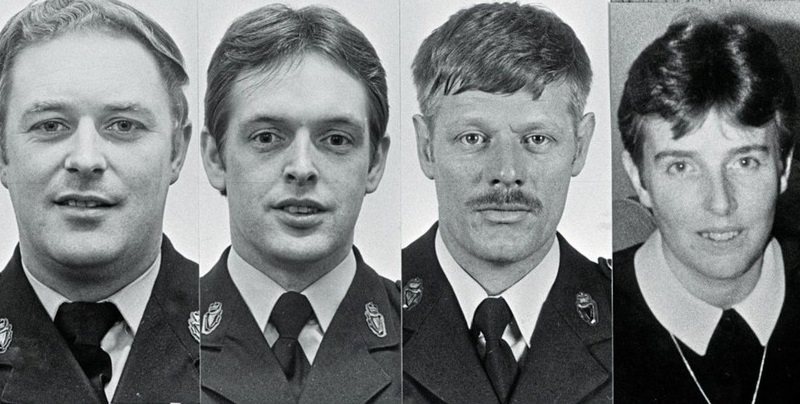 A man has been arrested in connection with an IRA bomb attack that killed three Royal Ulster Constabulary (RUC) officers and a Catholic nun nearly 30 years ago. The man, 54, was held at Belfast International Airport on Monday morning (August 14) by detectives from the Police Service of Northern Irelands (PSNI) Legacy Investigation Branch. Police Constable Constable William Hanson, 37, Reserve Constables Joshua Willis, 35, and David Sterritt, 34, and 37-year-old Sister Catherine Dunne, died when a landmine located at a culvert on the Killylea Road, Armagh was detonated on July 24, 1990. Another woman, who had been travelling in the car with Sister Catherine, was seriously injured in the blast. The pair had been travelling towards Armagh city in a white Mini Metro car when the bomb exploded, sending the car spinning into a ditch. Sister Catherine, a member of the Sisters of St Louis Order, was deputy director of St Joseph`s Training School in Middletown. The three RUC officers had been travelling in a grey Sierra Sapphire car. The vehicle, which took the full force of the blast, was flung over a high hedge and landed on its roof in a neighbouring field. The bomb left a crater measuring 30ft wide and 20ft deep. It was reported that around 1,000lbs of explosives had been packed into the ditch. It later emerged that a family, including young children, had been held hostage in their bungalow in the area, which overlooked the road. It is thought the bomb was detonated using a command wire that had been run across a freshly-cut hay field to a trigger. A man claiming to represent the IRA later phoned the Irish News to claim the “Second Battalion, North Armagh Brigade” had been responsible for the “military action”. The man arrested today has been taken to the Serious Crime Suite at Musgrave police station in Belfast for questioning. Last week a 55-year-old man, arrested and questioned in connection with the bomb attack, was later released pending a report to the Public Prosecution Service for Northern Ireland.