A terror suspect is under arrest and several rush-hour commuters have been injured after a pipe bomb exploded underneath the busiest transport hub in the US. 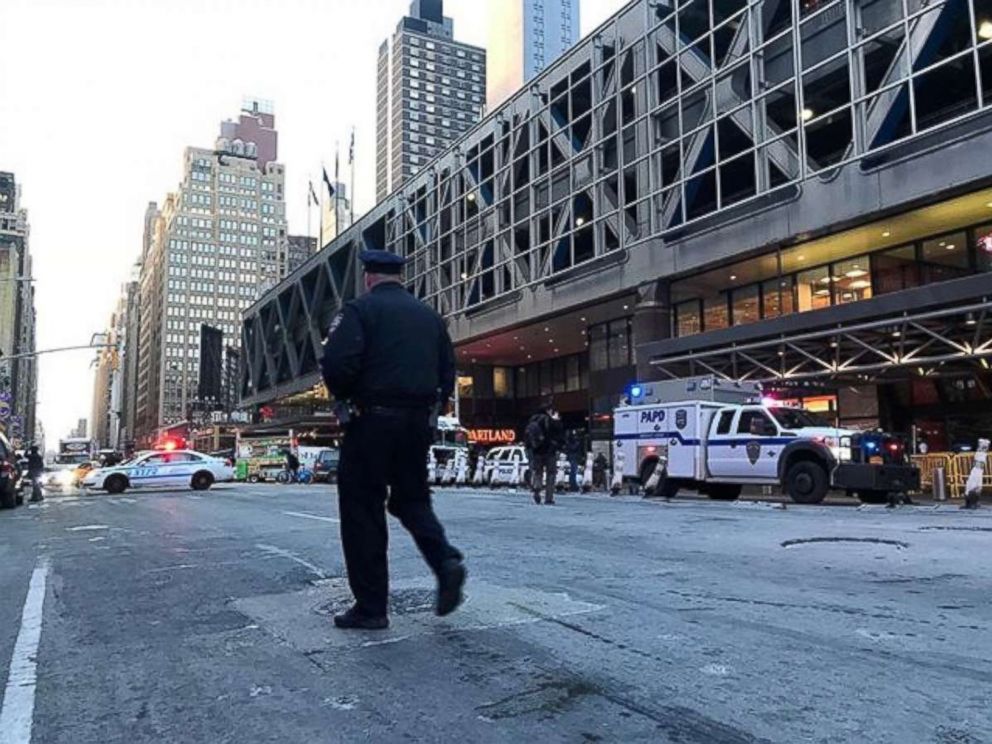 A terror suspect is under arrest and several rush-hour commuters have been injured after a pipe bomb exploded underneath the busiest transport hub in the US. New York Police Department (NYPD) says a man is being held in custody after the blast at the Port Authority Bus Terminal, a few blocks away from Times Square in Manhattan. Some reports says the suspect went into the station carrying a device strapped to his body and that went off prematurely. The suspect was wounded. “Terrorists won`t win. We are New Yorkers,” said Mayor Bill De Blasio said after a blast in an underpass passageway at the terminal on Monday (December 11). White House press secretary Sarah Huckabee Sanders said President Donald Trump had been briefed on the incident. The terminal, on 42nd Street, which is the largest in the US sees 232,000 people pass through it every day  85 million travelers a year. NYPD says four people were injured, but none of their wounds appear to be life-threatening. A controlled evacuation has been conducted in the area around the busy hub. The suspect, believed to be originally from Bangladesh, has been in the US for seven years and has an address in Brooklyn. The NYPD, which tweeted about the reported explosion at 7.44am local time, says the incident is contained.