A banker who used a former police motorbike equipped with a raised rear blue light to get to work while wearing a hi-visibility jacket has been found guilty of impersonating a police officer. 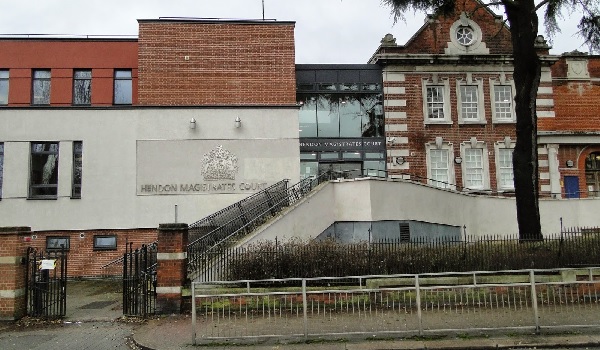 A banker who used a former police motorbike equipped with a raised rear blue light to get to work while wearing a hi-visibility jacket has been found guilty of impersonating a police officer. Darren Emanuel, 46, has never worked for the police service, and had purchased the former South Yorkshire Police BMW R1200 RT motorbike on eBay for around £2,500. The bike had a Royal Corps of Transport crest sticker on the front screen, an ER crest below the rear number plate and black and white battenburg stickers along either side. He also wore a hi-visibility police jacket, which he covered with a tabard that read: POLITE notice Think Bike. Emanuel was stopped on Park Lane by a traffic officer during his 60-mile commute home to Chalfont St Giles, Buckinghamshire, on June 23, and was accused of undermining confidence in the emergency services. Hendon Magistrates court heard Metropolitan Police Service Police Constable John Harding initially pulled the banker over as he was concerned about the rear blue light, which no longer worked. PC Harding told magistrates: I believe the whole picture of the jacket and the bike is giving the impression and deceiving members of the public, who driving through London, would move out of the way. The defendant argued there was no indication that the jacket was an item of police clothing when it was given to him by the same man who sold the motorbike. He said he had used the same motorbike while wearing the same outfit on numerous occasions as he commuted to and from work and did not hope to get “special treatment” from the public. He has since destroyed the jacket and sold the bike. “I was wearing exactly what was proscribed by the Highway Code – a white helmet and a hi-visibility jacket with jeans and Chelsea boots,” Emanuel added. This is not the kind of clothing worn by a police officer. “The motorcycle I was riding – it was nothing like the type of motorbike police ride.” Emanuel, who works as a consultant to banks in the fields of regulation and legal compliance, was ordered to pay £670 in costs and charges after his lawyer Jessica Tate said if her client were to be fined he will not work in his industry again.