An acting inspector who waged a dirty tricks campaign to blacken the name of an innocent man has been jailed for more than three years  after being caught out by bad spelling from his dyslexia. 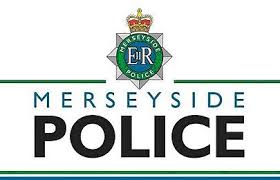 An acting inspector who waged a dirty tricks campaign to blacken the name of an innocent man has been jailed for more than three years  after being caught out by bad spelling from his dyslexia. Merseyside Police officer Colin Hughes made 20 false reports to Crimestoppers between July 2014 and May 2015 that the father-of-two, who cannot be named, was dealing heroin and cocaine and owned a replica gun. He also made 15 further false allegations about the man to the NSPCC, Manchester Crown Court was told. Some of the reports were made online from Tuebrook police station in Liverpool, where he worked. The false intelligence was passed on to force colleagues and social workers, and on one occasion the victim was questioned by officers but the authorities realised that the reports were malicious. Sergeant Hughes, 35, who sometimes held the rank of acting inspector, was caught after he forged documents purporting to be from his chief superintendent and superintendent but put capital letters in the middle of their ranks. He had been an officer for 12 years but was arrested and suspended in December 2015. Officers found his reports to Crimestoppers and the NSPCC on his police computer and a forged letter from his former teacher at South Wirral High School that had helped him to secure £5,000 from his force to study for a masters at Liverpool Hope University. At an earlier hearing he admitted two counts of perverting the course of justice and forgery. John Parry-Jones, mitigating, said the defendant was suffering from an undiagnosed borderline personality disorder, which predisposed him to engage in impulsive and risky behaviour. He added: His previous life is completely broken. He advanced through the ranks of Merseyside Police. It was contemplated he would advance his career further. This is going to haunt him. Passing sentence of three years and four months in prison, the Recorder of Manchester, Judge David Stockdale QC, said although Hughess medical conditions explained some of his extraordinary conduct, he had no alternative but to jail him. He added: This has been persistent and sustained offending over a period of time and of the utmost seriousness. You have brought disgrace on yourself and tarnished the reputation of Merseyside Police. Detective Chief Superintendent Karen Cummings said: We will not have officers and staff working for us who do not uphold the highest levels of professionalism and honesty. Thankfully the vast majority of officers who work for Merseyside Police do a really good job day in, day out and serve our communities with compassion, integrity and professionalism. Sgt Hughes was dismissed from the force in his absence at a misconduct hearing of Merseyside Police on Friday (July 28).