As research shows the impact of sexual harassment on young people, forces across the country are beginning to recognise the damage caused by gender based hate crime. 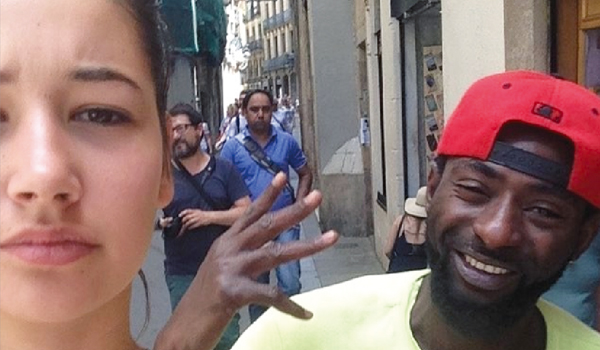 During the summer, 20-year-old Noa Jansma, a student from Amsterdam, undertook a four-week project during which she took selfies showing every man that harassed her while she was walking the citys streets. The pictures were posted to an Instagram account called Dear Catcallers. This Instagram [account] aims to create awareness about the objectification of women in daily life, she wrote. Since many people still dont know how often and in whatever context catcalling happens, Ill be showing my catcallers within the period of one month. All the men featured were asked for their permission before the pictures were taken and all obliged, seemingly oblivious to the fact that they had made Ms Jansma extremely uncomfortable  while Ms Jansma remains straight-faced in all the pictures, most of the men are grinning or gesticulating. The Instagram account featuring 30 selfies quickly amassed tens of thousands of followers, but Ms Jansma pointed out that she actually experienced many more incidences of street harassment during the month but often did not feel safe enough to ask for a selfie. From January 1, 2018, street harassment will become illegal in Amsterdam, punishable by a fine of £170. Having finished her project, Ms Jansma hopes the idea will be repeated by other women around the world for whom no such specific legislation exists. Rare exceptions include Peru, the US state of Illinois and Quezon City in the Philippines, where acts of street harassment can result in a fine and a one-month prison sentence. French MPs, led by the under-secretary for gender equality, Marlène Schiappa, are drawing up legislation that will make wolf-whistling and other forms of public harassment against women a criminal offence throughout France. The idea is to characterise street harassment so that the police can impose fines on men who follow women on the streets, intimidate them and harass them in public space, Ms Schiappa told local newspapers. It is a cultural struggle to bring down the tacit consensus of acceptance of violence. The clampdown comes after the publication of a number of surveys showing that practically all French women have been harassed on public transport, in the street or elsewhere at some time. President Macron had pledged to end the problem during his election campaign. This week, Avon and Somerset Constabulary became the third force in the country to begin recording unwanted sexual advances and verbal abuse against women as a hate crime. Police forces in England and Wales are required to record incidents where a crime against a person is motivated by hostility or prejudice towards the victim`s race or nationality, disability, religion, sexual orientation or gender identity. Forces can add their own definition of a hate crime with several recently adding sub-cultures, such as Goths. Recognising gender as an aggravating factor in hate crime is a huge step towards ensuring the streets and homes we live in are free from prejudice, said Superintendent Andy Bennett, Avon and Somerset police lead for hate crime. We know women are less likely to report hate crime committed by strangers in public, which could be because discrimination is normalised for many women. The new category will help us improve our response to hate crime as we understand more about the discrimination people experience every day. Avon and Somerset crime reports suggest that gender will account for 41 per cent of hate crime across the region, despite under-reporting, particularly in Muslim and transgender communities. Bristol Zero Tolerance, an initiative set up to tackle gender-based violence, abuse, harassment and exploitation, launched the Bristol Street Harassment Project to look at addressing the problem in the city. Findings from the project indicate that 35 per cent of people deal with street harassment weekly and 58 per cent first experienced this when they were between ten and 15 years old. Of these, 98 per cent of the culprits were male and 81 per cent of victims did not report