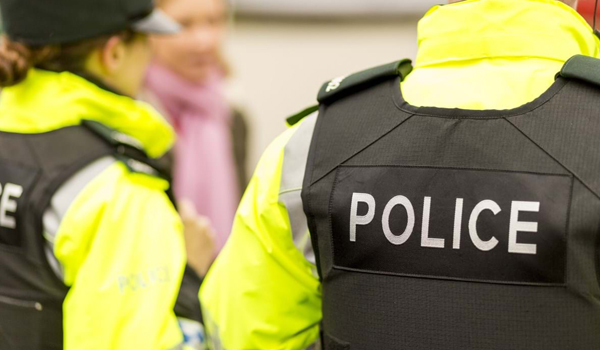 The Police Service of Northern Ireland (PSNI) said the “significant operation” on Monday (November 21) targeted an organised crime group, that has been trafficking people throughout Northern Ireland for sexual exploitation.

It said the activity was part of Operation Liverless, which began in February of this year and is the PSNI’s largest human trafficking operation to-date.

The operation was supported by partners in An Garda Síochána, Home Office Immigration Enforcement, the National Crime Agency (NCA) and Public Prosecution Service.

Two people have been arrested – a 63-year-old man in Pomeroy and a 47-year-old woman in Newry. Both were arrested on suspicion of human trafficking, controlling prostitution, brothel keeping and money laundering.

The PSNI said following the arrests, officers visited 27 brothels across the country to carry out safeguarding with victims of human trafficking.

Detective Chief Superintendent Andy Hill, head of Organised Crime Branch, said: “Today, detectives and officers across the Police Service of Northern Ireland conducted a major operation against an organised crime group responsible for trafficking women and transgender individuals into and around Northern Ireland and the Republic of Ireland.

“Many of the victims involved are originally from Brazil, and have been exploited in over 27 brothels located in Newry, Armagh, Dungannon, Omagh, Cookstown, Derry/Londonderry, Coleraine, Belfast, Aughnacloy, Ballymena and Portrush.

“We believe they have been targeted due to their immigration status and lack of English language, which makes them vulnerable and susceptible to exploitation.

“This is so typical of what human traffickers do. They rely on the fact that victims are unable or afraid to speak out. They prey on vulnerable people, control everything in their lives and make vast amounts of money from exploiting them.

“Modern slavery is an appalling crime. It denies victims their human right to life, safety and freedom. Sadly, it’s very real, and there could be victims of exploitation in your street or neighbourhood.”

Liam Harrison, from the NCA’s Modern Slavery and Human Trafficking Unit, said: “Modern slavery and human trafficking is often hidden in plain sight. The NCA worked closely alongside the PSNI to provide support for today’s arrests which has seen the safeguarding of numerous victims allegedly sexually exploited in Northern Ireland.

“Our work with partners, including the PSNI, is hugely important in combating the threat of modern slavery and human trafficking both at home and overseas.”

Det Chief Supt Hill added: “The solution requires collective efforts, and I’m appealing to anyone who has information or concerns that someone is being controlled to please do the right thing and speak up. Your call could end the misery of a victim living right next door.”