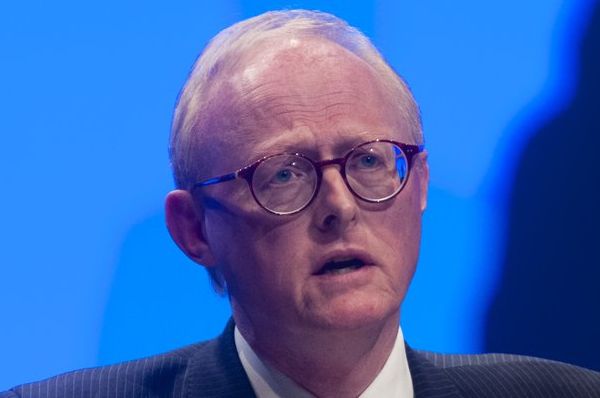 Sir Thomas Winsor is set to spearhead Prime Minister Theresa May`s latest step in her crusade to transform policing and fire service governance and ensure closer working between emergency services. The Home Office is recommending a “significant new role” for Her Majesty`s Chief Inspector of Constabulary (HMCIC) in a year of predicted upheaval on the road to blue light collaboration. The Queen is to appoint Sir Thomas as the first Chief Fire and Rescue Inspector for England in a major expansion to Her Majestys Inspectorate of Constabulary (HMIC). HMIC will become the single inspectorate for policing and fire  something promised last year by then Home Secretary Mrs May as part of her “vision” of radical reform with a “more transparent, more accountable, more efficient and more professional” emergency services. It will be re-named Her Majestys Inspectorate of Constabulary and Fire & Rescue Services (HMICFRS). The changes follow responsibility for fire and rescue policy moving from the Department for Communities and Local Government to the Home Office in January 2016 and the introduction of reforms to the fire service that mirror those in policing. The first Minister of State for both services, Mike Penning, said at the time: As a former firefighter and now Minister for Policing, I know from first-hand experience how well the police and fire service can work together. We believe that better joint working can strengthen the emergency services and deliver significant savings and benefits for the public. As the Minister responsible for both fire and policing, I will be looking to ensure that both services learn from best practice, wherever it is found. And Mrs May was responsible for the introduction of the Policing and Crime Act that gained Royal Assent this year, allowing police and crime commissioners to take over the role of fire and rescue authorities from local councils and ensure greater emergency services collaboration. In February, then Policing and Fire Service Minister Brandon Lewis predicted that 2017 would be the year when “real change happens” for fire and rescue. Two months later the National Fire Chiefs Council was created to drive operational change. He stressed that the passing of the Policing and Crime Act would not lead to a “blanket police takeover of fire and rescue services”, however, the newly-created inspectorate of the 45 Fire and Rescue Services (FRSs) in England will see Zoë Billingham as the lead for the inspection programme with the other HM Inspectors of Constabulary, Mike Cunningham, Matt Parr, Dru Sharpling and Wendy Williams, splitting inspection responsibilities by region. Sir Thomas, who has held his current post for five years and is a one-time Rail Regulator for Great Britain, said the news marked a “momentous chapter in the 160-year history of HMIC”. He added: “We will draw on our experience of inspecting and reporting on police forces to develop a framework to assess the efficiency and effectiveness of the 45 fire and rescue services in England. In the same way that police officers run towards situations that others would instinctively avoid, the events of the last few weeks remind us how we rely on the bravery and professionalism of our firefighters, and I pay tribute to their courage. HMICFRSs inspections will be designed to promote improvements to make everyone safer. The first inspection is expected to take place next spring with every authority in England inspected by the end of 2019. HMIC will shortly begin work developing an inspection framework and programme to be published for consultation in the autumn. The current Policing and Fire Service Minister, Nick Hurd, said: Creating an inspectorate for fire and rescue authorities in England will support the continuous improvement of this critical public service to make sure that services are as professional, effective and as efficient as possible. “It will also ensure where problems are identified, actions can be taken by the fire and rescue authorities to over