Police forces across France have been urged to fully utilise new anti-terror laws as the country remains in a “state of war”. 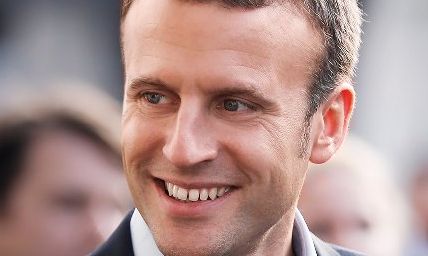 Police forces across France have been urged to fully utilise new anti-terror laws as the country remains in a “state of war”. French president Emmanuel Macron has ignored criticism surrounding the country`s Anti-Terrorism Bill by calling on law enforcement to “attack these problems at the root”. On Wednesday (October 18), the French parliament adopted the controversial legislation that gives the authorities permanent new powers to search homes, shut places of worship and restrict freedom of movement. The new law, which will replace the state of emergency imposed after the 2015 Paris attacks, was approved by the Senate on its second reading, despite campaigners warning of a threat to civil liberties. The state of emergency expires on November 1, after being extended six times. In a major speech on security, President Emmanuel Macron said the compromise bill agreed by lawmakers would allow the authorities to combat terrorism “without abandoning our values and principles”. Addressing an audience of police and security force members, he urged them to “fully utilise” their new powers. He said he would bolster intelligence gathering in prisons, which have been a breeding ground for radicalisation, and devise programmes to prevent young people in troubled neighbourhoods from coming under the spell of extremist groups. Citing the “total absence of economic and social mobility” in the predominantly immigrant suburbs as one of the factors driving youths into the arms of groups like the so-called Islamic State (Daesh), he said: “We must attack these problems at the root.” France had one of the biggest contingents of foreign jihadists fighting alongside Daesh in Iraq and Syria, with around 1,000 nationals estimated to have joined the ranks of the Sunni extremists. The prospect of their return after the collapse of Daesh`s self-proclaimed “caliphate” is a source of acute concern for the security services. The new legislation will see many of those emergency powers enshrined in law, with limited oversight from the judiciary. The interior ministry, without approval from a judge, will be able to set up security zones when there is a threat, restricting the movement of people and vehicles in and out and with power to police forces to carry out searches inside the area. It will have more authority to shut down places of worship if intelligence agencies believe religious leaders are inciting violence in France, or abroad, or justifying acts of terrorism. Policing will also have greater powers to search private properties, if they have judicial approval, and there will be an increased ability to impose restrictions on peoples movements, including via electronic surveillance tags, if they are regarded as a threat to national security. President Macron has already acted to bolster counter-terrorism efforts, creating a task force in June to improve coordination among Frances multiple intelligence agencies. Apart from being able to confine suspected terrorism sympathisers to their neighbourhoods, the police will be able to carry out more on-the-spot identity checks in border areas, as well as around train stations, ports and airports. The Anti-Terrorism Bill has met little resistance, with a country “still on edge” after more than 240 people have been killed in France in attacks since early 2015 by assailants who pledged allegiance to or were inspired by Daesh. We are still in a state of war, Interior Minister Gerard Collomb has stated. We have foiled numerous attacks since the start of the year that would have led to many deaths. Marine Le Pen, the leader of the far-right National Front who ran a failed presidential bid, complained that the law did not go far enough in combating the “Islamist ideology that is waging war on us”. Benedicte Jeannerod, France director for Human Rights Watch, argued: “The concentration of powers in the hands of the executive and weakening of judicial oversight is not a new characteristic of France`s counter-terrorism efforts. “But the norma