Looking to the future

All forces will soon be expected to take a forward-looking view of their performance as a new inspection regime is introduced, reducing the level of scrutiny on one hand but requiring a cultural shift to measuring capability on the other. 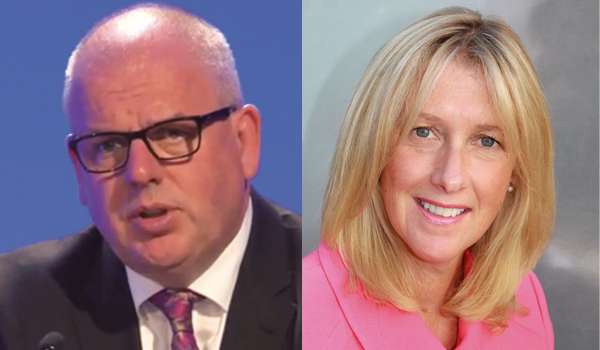 The police scrutiny regime is about to change significantly with the introduction of risk-based, integrated inspections and the final rollout of Force Management Statements. Her Majestys Inspectorate of Constabulary and Fire and Rescue Services (HMICFRS) had invited forces to discuss how it expects to significantly reduce the burden of inspection while requiring them to do much more to assess their own ability with the demands they are likely to face in the future. And at the meetings in London and Liverpool earlier this month  the start of formal consultations on the proposals  representatives from across England and Wales were told that the amount of inspections could reduce by almost a third overall. HMICFRS now plans to visit forces just once instead of the two separate occasions to examine them under the police efficiency, effectiveness and legitimacy (PEEL) regime. Since first introducing the PEEL inspections in 2014, HMICFRS has built a big body of knowledge about each force, which will now be used to inform, streamline and target future scrutiny. It has begun to pilot the new risk-based and more proportionate approach in this autumns effectiveness visits. HMICFRS created a decision matrix to identify the forces that would face a higher level of inspection and the areas to be examined. Among the five questions asked about effectiveness, it looked at which forces caused concerns over the past two years, aspects that will no longer feature and other contextual data, and then, after a moderation process, decided which forces good or outstanding grades will be rolled over to this year. The result is nine forces will now be inspected on only two of the five questions, 15 will be scrutinised on three questions, 13 will be examined on four and six will face inspections on all five. This breaks down into 17 forces being inspected on prevention, 25 on investigation, all on vulnerability and the Strategic Policing Requirement and 16 on serious and organised crime. Instead of more than 1,700 field work days spent in forces by HMICFRS staff, there will be an overall reduction of 29 per cent. The deal with forces that face only two questions is we are not going to spend the whole of the week with our team of eight or ten people, looking in depth at those two questions; we will only turn up with a much smaller team for a couple of days, explained HM Inspector Zoe Billingham. The new system has already been implemented in a number of forces and the wheels have not stopped turning, she added. HM Inspector Mike Cunningham said the single inspection represents considerable cultural change and builds on the work HMICFRS does throughout the year, taking information from other sources with a more rounded assessment. Mr Cunningham recognises the public confusion when their local force is deemed good in the spring inspection but requires improvement in the autumn. With the new approach they will receive one graded assessment for the year. Forces will be inspected less, however, he does not believe visits will be overbearing as they will not simply crash two into one. We will focus on the areas that need inspection, either because they are very, very good and we want to test it, or because they need improving, explained Mr Cunningham. He believes the information gathered during the year will mitigate against the risk of missing failings in a force if they are not inspected on a particular subject for two years, having been determined as good or outstanding in the past. We have a permanent relationship with forces; our job is to ensure we have antennae to pick those things up. Mr Cunningham suggests some forces will be concerned that single visits will not be enough to allow inspectors to identify areas for improvement or shine a light on the good things they are doing. He said the inspectorate will develop the methodology to ensure this is possible. We dont want to lose the ability to tell the public clearly how well their force is doing, he said. Three s