There is now greater recognition of the pressures involved in law enforcement. Robin Jarman discusses the support available and what took officer and staff wellbeing to the top of national priorities. 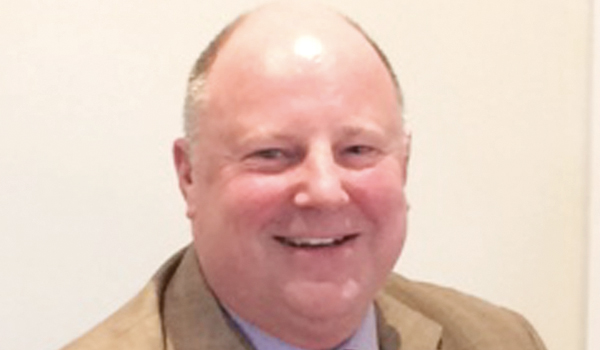 As a former police officer and ex-chair of the national command resilience business area for the Police Superintendents Association of England and Wales (PSAEW), I participated in the struggle to attract national interest and support for measures designed to improve the health and wellbeing of police officers and support staff. The clamour of seemingly exhaustive competing priorities combined with a culture of being expected to cope with anything that society may throw at the police service, had repeatedly consigned the efforts of staff associations and a few police leaders to the periphery. Today, this is no longer the case; the scale and pace of unprecedented change and reductions across policing has arguably acted as a catalyst bringing the individual resilience, health and welfare of officers and staff to the centre stage. Indeed, the announcement by Home Secretary Amber Rudd on July 12 confirms this momentum: I am awarding £7.5 million from the Police Transformation Fund over three years to pilot and  if it is successful  fund a dedicated national service to help provide enhanced welfare support which, if you need it, you can rely on. The new service will complement the support already delivered at force level to serving police officers and staff, covering mental health advice and welfare support. This article explores the financial and personal costs of sickness and how the proposed government plans for the introduction of a national police welfare service came about. Context A lot has already been written concerning the fact that policing has witnessed a significant reduction in headcount and the probable consequences for individual resilience. Saving money may well be the strategic government goal, but the increasing sickness costs are not helping. In August, West Midlands Police published its 2016 annual sickness rates. They revealed that, from its front line, a total of 4,086 police officers and 330 police community support officers had reported sick during the year, creating a combined loss of 77,731 working days, which equated to a total cost of £14.4 million. If this example was replicated across all police forces in England and Wales, the national cost is a staggering figure of circa £290 million. The March 2017 national workforce figures for officer sickness and wellbeing make for further interesting reading; As at March 31, 2017, there were 2,358 police officers on long-term sickness, equating to two per cent of police officers in England and Wales. In addition, there were 4,426 police officers on recuperative duties and 4,111 on adjusted/restricted duties. This accounted nationally for 3.6 per cent and 3.3 per cent of officers respectively. But what do these figures tell us about the health and wellbeing of our workforce? Every year the PSAEW conducts a personal resilience survey across its membership. It has found an overall picture of superintending ranks under increasing demand and pressure, almost unable to ever have a day off, and worryingly: Half (50 per cent) are experiencing symptoms of anxiety and 27 per cent symptoms of depression; 82 per cent say their role has an excessive depth and breadth of responsibility, leading to excessive hours; 72 per cent have not taken all their annual leave in the past year and 77 per cent did not take all their rest days; and 94 per cent said they had worked or been contactable when on leave in the past 12 months. Meanwhile, The Police Federation of England and Wales (PFEW) 2017 survey found that more than a quarter of officers who had taken sick leave attributed it to stress, depression or anxiety, while 65 per cent said they still went to work even though they felt they should not have because of the state of their mental wellbeing. In acknowledgement of the increasing concerns, the national police lead for health and wellbeing, Chief Constable Andy Rhodes, recently launched Oscar Kilo, an appropriately named website that provides individuals and police forces with relevant up-t