Recommendations have been made to improve police management of terrorism offenders in light of the London Bridge attack launched by Usman Khan in which two University of Cambridge graduates were killed. 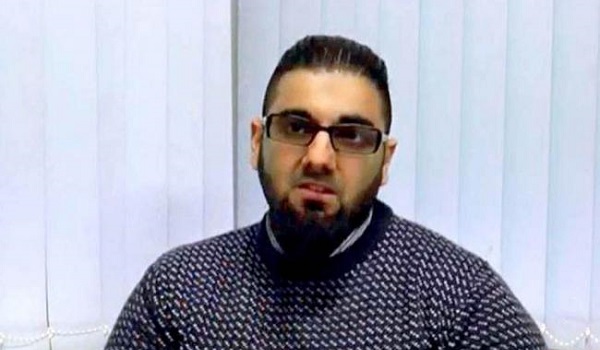 The Independent Office for Police Conduct (IOPC) said changes were needed because “policing needs to learn lessons from this incident” and forces should “update practices and close any gaps in the way they deal with ex-offenders”.

Khan, 28, was finally gunned down by armed officers outside Fishmongers’ Hall after he strapped kitchen knives to his hands and attacked delegates at a prisoner education event in November 2019.

The IOPC carried out two investigations into the handling and killing of homegrown jihadi Khan who was wearing a fake suicide belt.

An inquest jury concluded on Thursday (June 10), after a two-week hearing at the City of London’s Guildhall half a mile from where he died, that Khan had been lawfully killed by anonymous police officers.

Khan, of Stoke-on-Trent, attacked and killed Jack Merritt, 25, and Saskia Jones, 23, at a prisoner rehabilitation course at Fishmongers’ Hall in London on November 29, 2019.

On May 28 the inquest into their deaths concluded they were unlawfully killed.

The IOPC recognised that the inquest jury had found there had been unacceptable management and lack of accountability among the agencies responsible for Khan and that the people managing him had insufficient experience and training.

Ensuring that police officers involved in managing former prisoners following terrorism offences are given appropriate and specific training to deal with them and the different risks they pose is among a range of recommendations which have been made to the National Police Chiefs’ Council.

Suitable policies and procedures should also be in place which distinguish between the different types of terrorist offenders and the precise role and responsibility of the police force, the IOPC says.

They should also include the duties of the officers in terms of the type of information they should be sharing with each agency that will be involved.

Another recommendation is that police forces develop appropriate systems to support the effective management of convicted terrorist offenders.

The IOPC also feels there should be a list of appropriate mobile devices that can be used by convicted terrorist offenders, depending on the conditions to which they are subject, and access to any others should not be allowed.

The actions of Staffordshire Police officers from the Prevent Team, who were tasked with monitoring the activities of Khan, was the focus of one of the IOPC investigations.

It found these officers were not sufficiently trained to manage this level of risk, as their role is mainly to safeguard and protect vulnerable people from being drawn into terrorism in the first place and work alongside stakeholders and communities to try and build resilience against extremism.

The report of this investigation, which ran from December 2019 to March 2021, was shared with the families involved and Staffordshire Police.

There was also a year-long investigation which looked at Khan’s killing by the Metropolitan Police Service and City of London Police firearms officers who Tasered and shot him after he was chased on to London Bridge by members of the public. A total of 20 shots were fired by six officers.

During this investigation CCTV footage, police body-worn footage, airwaves and statements of both the officers involved and members of the public were looked into along with statements from firearms instructors, explosives experts and a firearms expert. The actions of officers were compared to relevant legislation, policing policies and training.

The report was shared with Khan’s family and both police forces.

Sal Naseem, the IOPC’s regional director for London, said: “Policing needs to learn lessons from this incident, and our independent investigation has played an important role in working with forces to identify improvements and help prevent tragedies like this happening again.

“While we didn’t find any wrongdoing by any officers, we have worked with counter-terrorism policing to ensure police forces update practices and close any gaps in the way they deal with ex-offenders.

“Our recommendations support other activity already under way to tighten up the way police officers nationally deal with terrorism offenders who are released and have to be monitored. Importantly, they will also ensure police officers are supported with the necessary training to do this work.”