London is significantly better prepared to deal with a potential terror attack than five years ago, although the capital will never be “entirely safe”, an independent review has found.

Lord Toby Harris’ report said “very substantial progress” has been made by the emergency services and other agencies following the 2017 attacks on Westminster Bridge, London Bridge and outside Finsbury Park Mosque.

But he also warned of the rising threat of extreme right-wing terrorism, the normalisation of extremist views online, and the emergence of other threats which lack clear ideological roots.

Lord Harris said: “As a city there has been much progress in the last five years and lessons have been drawn from and acted upon from the attacks that have taken place.”

But he added: “We must not be complacent, the terrorist threat remains a real and present danger and we can never make London entirely safe.”

Lord Harris said the coronavirus pandemic and cuts to police numbers had also had an impact.

He said: “Extended periods of lockdown have provided those who are susceptible to radicalisation online with more opportunities to be incited into violent action.

“Second, the interruptions to business and the requirements of social distancing have changed how people meet and interact with each other.

“Places that would not previously have been regarded as targets have now potentially become so.

“Moreover, many of those employees who were experienced in routinely scanning the public spaces in which they worked for signs of potential trouble have lost their jobs or been deskilled through months of furlough, and there is a real risk that security will take second place as businesses desperately try to recover their losses from the pandemic.”

His 250-page report said the number of police officers in the Met was now on the rise, but thanks to the national “exodus” over the past decade or so, forces “will have a disproportionately high number of officers with limited experience”.

And he said youth provision, mental health services, and the voluntary and community sector remains in some cases “woefully” under-resourced.

The biggest threat in the UK remains that posed by Islamist terrorism, Lord Harris said.

But he added that extreme right-wing terrorism – such as that carried out by Darren Osbourne when he slammed his van into worshippers outside a north London mosque following evening prayers in June 2017 – was “of increasing concern”.

He also said the threat posed by left-wing, anarchist and single-issue terrorism “equally remains and cannot be ignored”, while the past five years has also seen the emergence of harm without clear ideological roots.

Lord Harris made nearly 300 recommendations, including for an assessment into the protection of women-only spaces by violent individuals particularly motivated by the so-called “involuntary celibate” misogyny movement known as “incel”.

Other recommendations included identifying CCTV blindspots at venues and on public transport; for the Home Office to encourage social media platforms to have a clear communication plan in place to deal with misinformation, disinformation and hate-speech following an attack; and for every primary and secondary school to have a named police liaison officer to help mitigate the threat of young people being drawn into extremism and terrorism.

Mayor of London, Sadiq Khan, said he was “determined to keep reviewing potential threats”, adding: “I asked Lord Harris to carry out this second review in order to reinforce London’s preparedness even further. While I am proud of the progress made, I want to ensure that no stone is left unturned in equipping our city for whatever challenges it may face in the future.

“That is why I am calling on the Government to support City Hall in taking action now to mitigate the new risks identified in Lord Harris’s review. Ministers must provide increased funding not just for our police but for all those services that play an essential role in preventing and responding to the threat of terrorism in London and nationwide.”

Metropolitan Police Deputy Assistant Commissioner Matt Twist said the force welcomed the report and its recognition of “significant progress” made since 2016.

He added: “We also know and recognise that there is no room for complacency. There are a number of recommendations contained within the report and we will work closely with our key partners over the coming weeks and months to look at these and consider how we can best implement them.”

The UK’s terror threat currently stands at “substantial”, the middle level of five, meaning “an attack is likely”.

The most recent terror attack in the UK was outside Liverpool Women’s Hospital in November last year, which killed the suicide bomber Emad Al Swealmeen. 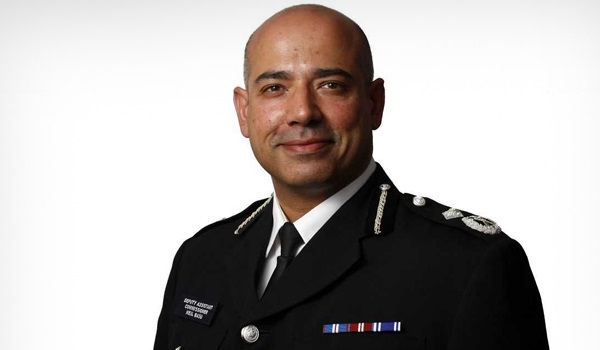