Lockdown “fatigue” has been blamed for a rise in Covid-19 rulebreakers as new figures show almost 40 per cent of all fines issued for breaches of coronavirus regulations came in just four weeks. 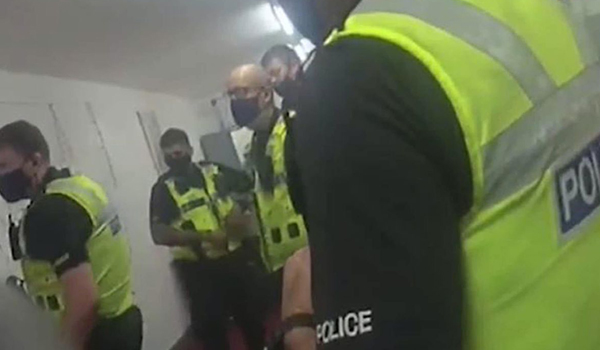 Data published by the National Police Chiefs’ Council (NPCC) shows a total of 68,952 fixed penalty notices (FPNs) were issued by forces, including 63,201 in England and 5,751 in Wales, between March 27 last year and February 14.

NPCC chair Martin Hewitt said had stepped up enforcement action since November last year and deployed extra officers in areas that had seen the most serious breaches.

He said there had always been a “hard core” of people who had chosen not to follow the rules, adding: “But I think it probably is fair to say that, and I’ve used the phrase before, there is no question there is a fatigue in the country, among the population.

“We’ve been living with this for 11 months, it’s really hard, it’s very restrictive on people’s lives.

“The numbers say there have been more people who have breached the rules, and in the circumstances [they] have not taken the encouragement we’ve given them, we’ve given them a ticket, bearing in mind a lot of those tickets would’ve gone out in mass gathering-type events.”

Mr Hewitt said officers were monitoring social media to find out when events may be taking place, describing house parties as “particularly irritating”.

And he said there had been more officers deployed in departure and arrival areas at ports and airports to ensure travellers were only making essential journeys.

The NPCC report said steep rises in the number of tickets handed out following the introduction of Tier 4 restrictions before Christmas and the latest national lockdown in England on January 6 reflected a move towards quicker enforcement by police.

A total of 4,752 fines were handed out in the seven days to February 11, down from 6,218 the previous week, but higher than the first lockdown’s peak of 3,294 during the week of the Easter bank holiday in April.

For breaches of face coverings regulations, a total of 2,344 fines were issued between June 15 and February 14 in England, including 456 on public transport and 1,888 in relevant places such as shops.

Mr Hewitt said: “We all know we must wear a face covering in a shop or on a bus and we all know we can’t meet up in groups.

“We’re taking a common sense approach, applying discretion and judgment when engaging with the public.

“But common sense would dictate that someone having a party is well aware what they are doing is wrong and has made an informed decision to do it anyway.

“Our extra dedicated patrols across the country will continue to support those of us making significant sacrifices in following the rules by taking enforcement action against those who are not.”

The data also shows 582 FPNs had been handed to businesses for breaches of regulations that came into force in England last September, including failures to enforce face-covering regulations, unlawfully staying open, hosting large gatherings or not sticking to table service rules.

Some 402 fines had been issued by forces in England and three in Wales to people failing to self-isolate after arriving from a country on the Government quarantine list up to February 14.

The data does not include regulations around hotel quarantine for those entering from ‘red’ countries, which came into force on February 15.