Stopping crime and anti-social behaviour, protecting people from harm and helping those in need are the key priorities for Lincolnshire Police’s chief constable in his new force strategy outlined today (June 10). 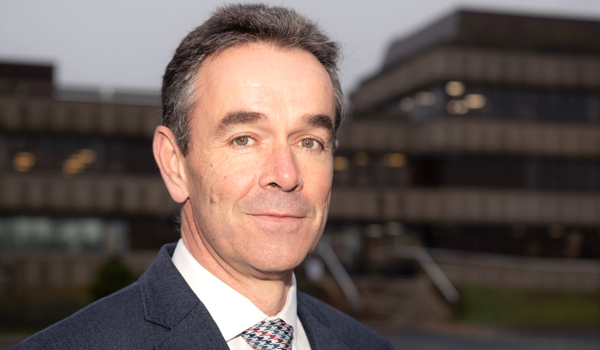 Chris Haward said the roads policing team will also be re-established, and new officers will be allocated in several priority areas, including rural crime, online child abuse and neighbourhood policing.

Mr Haward, who was appointed chief constable in December, said he wants to make Lincolnshire the “safest place in the country”.

“It’s my privilege as chief constable to set out the new strategic direction for Lincolnshire Police which, in short, puts people at the heart of everything we do,” Mr Haward said.

“This means focusing on seeing sustained reductions in offending; working with our communities to not only keep them safe but help make them feel safe; and also making sure every member of staff in Lincolnshire Police is knowledgeable, confident, skilled and equipped to do their job well.”

In addition, Mr Haward has outlined final plans for a growth of 108 officers between now and March 2022. He will prioritise uplift in officer numbers for neighbourhood teams, incident response, rural crime and roads safety, as well as additional resources to tackle online exploitation of children.

Since his appointment, Mr Haward said he has spent “a good deal of time” reviewing safety in the county and assessing the force’s strengths and weaknesses.

The strategy he has designed and recently implemented across the force aims to make sure the 700,000 residents of Lincolnshire get the best possible service they need from police officers and staff. All of this is supportive of the police and crime commissioner’s plan, he added.

Mr Haward’s decision-making has also considered the ongoing work since late 2019 when Prime Minster Boris Johnson announced all police forces in England and Wales would be allocated funding to increase their officer and staff numbers.

For Lincolnshire, that means an extra 108 posts, which will go into areas of the highest need.

“My ambition to make Lincolnshire the safest place in the country to live, work and visit, is based around some key areas such as investing in our skills and people; engaging with and understanding our communities; having effective partnerships; recognising and celebrating diversity; encouraging creativity; and understanding and scrutinising our own capability.  Basically, people.

“Policing is all about people and the more we work together, allow each other to contribute openly and positively and, have their say, the better we will become.

Mr Haward said this approach will be achieved through the addition of resources in the following areas:

“Any member of the public hearing this might be asking, ‘okay, what does this all actually mean for me?’ And that’s a fair question,” said Mr Haward.

“I hope that communities in Lincolnshire will be able to see that we understand important issues in the county and aim to tackle them through where we’ve placed the additional resources.

“Our roads, our rural communities, our neighbourhoods are all areas in need of investment and prioritisation.  The new resources and teams being created will begin to address this and, over time, will have a positive impact on the safety of our communities.

“This means that we will focus our resources and attention to fight crime and help people, both in terms of getting them the support they need but holding people to account who have harmed others.”

Mr Haward added: “I want to ensure that we have a strong and skilled workforce who can protect and serve the public so that they will be in the right place, at the right time when the public needs them. This means that we are trying to stop crime either before it happens or before it escalates, protecting people who have become victims, and helping when we’re needed. I will be investing in training and methodologies to help my officers and staff achieve this as well as promoting collaboration and partnership where this is the right thing to do.

“I’m confident that the combination of our new force strategy and these extra resources, we will be able to make a significant positive difference in how we serve and keep our diverse and vibrant communities in Lincolnshire safe.”