As campaigners seek to increase the amount that can be spent using contactless credit and debit cards, could opportunities for criminals be created? Police Professional looks at the implications of proposals. 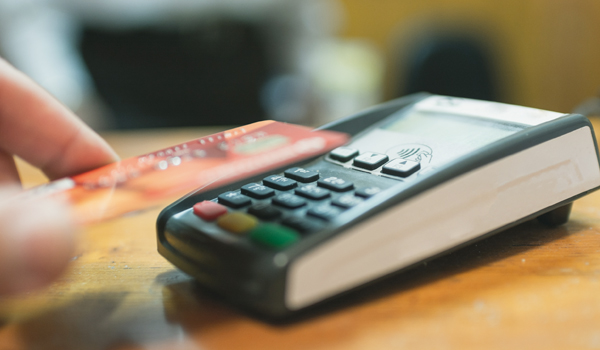 Fraudulent contactless transactions jumped to £7 million last year, up from £2.8 million in 2015, although Financial Fraud Action UK cautioned that this still represents only a tiny proportion of the overall number of transactions. During the same period, contactless spending rose from £7.75 billion to £25.2 billion, meaning only around 2.7p in every £100 is lost to fraud. However, there are concerns that contactless payment is making life easy for criminals. Contactless technology, which was introduced by banks in the UK in 2007, enables payments to be made by debit or credit card without using PIN (personal identification number) authentication. Now, almost two thirds of shoppers use this method of payment on a regular basis, and its use is expected to increase by 300 per cent by 2021. Although there is a limit of £30 per transaction, most financial institutions do not place a limit on the number of times a contactless card can be used each day, which means petty criminals could effectively purchase hundreds of pounds worth of goods, such as alcohol and cigarettes, which can be easily resold for cash. When contactless payment was first introduced, the transaction limit was £20. This was increased to £30 in 2015 and many would like to see the limit set higher still. Research by Barclaycard earlier this year found around half of retailers using the system would support raising the contactless spending limit from its present level, with one in five saying it should be increased to £100. However, City of London Police Commissioner Ian Dyson is one of many who believe such an increase would only further extend the opportunities for criminals. I would advise against increasing it for the moment because the losses could be quite significant, he said. At some point the technology will change and you can raise the limit. The cap is there for sound reasons. Mr Dyson said there have even been instances of contactless cards being fraudulently used after they have been cancelled by banks  in some cases with transactions being authorised weeks or even months later. Earlier this month, the Neighbourhood Watch team at Hertfordshire Constabulary issued warnings to shoppers that pickpocketing offences were running at their highest-ever level in the county, with liaison officer Derrick Sweeney attributing the rise to the attractiveness of contactless cards. Similar warnings have been issued in South Yorkshire, where pickpocketing offences have also been rising sharply, but crimes involving contactless transactions are now being seen throughout the country. During the case of repeat offender Robert Vipond, who was jailed for 18 months at Exeter Crown Court in May for fraud and theft offences relating to the use of contactless cards, recorder David Bartlett said the introduction of the technology had made life easy for criminals. It seems anyone who steals a card can wave it around until it is reported as stolen, he said. It seems quite ludicrous that banks allow this to happen. Another concern is that more sophisticated criminals could use wireless skimming devices to charge a bogus payment to someones contactless bank or credit card while it is still in their wallet or handbag. These devices simply need to come within a few inches of a contactless card, and can operate even when concealed in a bag, leaving the victim unaware that the theft has taken place until they check their card statement. Such thefts have so far been demonstrated only in theory, and there is little evidence of them taking place in the real world. However, retailers are already taking steps to address the threat. Last month, Debenhams announced that all its own-brand wallets in its autumn collection have been fitted with protective linings to block attempts to steal data from contactless cards. The company said its decision was based on customer feedback. Other major retailers, including John Lewis and House of Fraser, are also now stocking wallets with built-in protection. In reality, a f