Chief officers` annual leave and rest days will be formalised and scrutiny of employment after leaving the service will be introduced under an agreement with the Home Office. 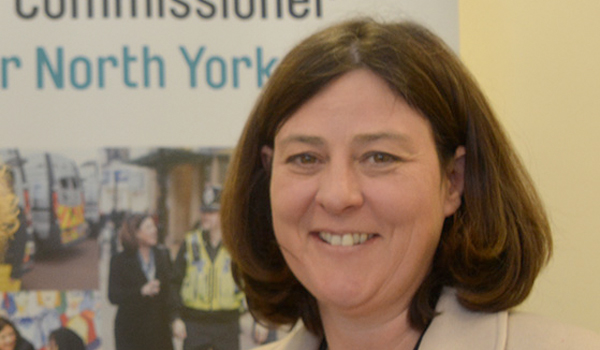 Chief officers` annual leave and rest days will be formalised and scrutiny of employment after leaving the service will be introduced under an agreement with the Home Office. The measures, announced on Friday (November 17), attempt to address what the Government says are areas of inconsistency and concern around chief officer employment. They include reducing annual leave in Police Regulations for chief officers from up to 48 days to a maximum of 35 days across England and Wales. The agreement between the Association of Police and Crime Commissioners (APCC) and National Police Chiefs Council will be enshrined in legislation and will standardise the approach to chief officer annual leave, which will be capped at 35 days a year, the Home Office said. In return, they will receive two defined rest days each week. This represents a change from previously unclear and inconsistent arrangements, where chief officers could take at least 48 days a year but their rest days were poorly defined, creating the impression of vastly different leave entitlements, the Home Office said. They will also be required to declare any employment plans  whether it is self-employment or work for another organisation  in the 12 months after leaving the service. The Home Office wants to avoid the appearance of inappropriate relationships with the private sector by ensuring a chief constable informs their police and crime commissioner (PCC) if they take on employment in the year after leaving, while lower ranked chief officers will have to tell the chief constable of their intentions. The proposal seeks to avoid controversies, such as when former Metropolitan Police Service Assistant Commissioner Andy Hayman joined News International after retiring in 2007. Mr Hayman later admitted to MPs that he received hospitality from the company having led the initial investigation into phone hacking by its journalists. The measure reflects arrangements introduced for senior civil servants and other public sector workers to provide greater transparency and scrutiny of post-service employment. However, PCCs and chief constables will not be able to veto any plans but they will advise if there is any conflict of interest and publish decisions on force websites. All chief officers` pay packages will be detailed on the Police.uk website, to provide a comparative snapshot of chief officer remuneration from 2015/16, with links to current data on pay, rewards packages, gifts, hospitality and outside interests.   Minister for Policing and the Fire Service, Nick Hurd, said: Police chiefs are trusted figures within our communities and they play an incredibly important role leading our forces and keeping the public safe.   As public servants they are accountable to the communities they serve, which is vital if we are to see confidence in policing continue to rise.    Therefore, I am pleased that police leaders have worked with the Home Office to come forward with proposals to bring greater clarity and accountability to chief officer annual leave and post service employment.   The APCC welcomed the measures. Its Lead on Transparency & Integrity and PCC for North Yorkshire, Julia Mulligan, said chief officers` pay packages inherited from police authorities in 2012 included payments made with no legal basis. Notable payments outside of regulations included bonuses paid to chief constables in Norfolk  including to Mr Hayman  North Yorkshire and Cleveland.   These measures will finally bring greater transparency to the pay and reward of chief officers and also to their annual leave and post-service employment, Ms Mulligan added. She said she would like to see the Home Office apply the same rules to chief fire officers who PCCs suspect have similar inconsistent arrangements. Ron Hogg, the APCC Lead on Workforce and Durham PCC also welcomed the reforms. Im grateful to chief constables for their assistance in reaching this agreement and believe the greater transparency it brings will provide mor