Trained police drivers are to be given new protections under proposals being put forward by the Home Office.

The Home Secretary Sajid Javid said he plans to introduce a new legal test aimed at giving police drivers greater confidence to pursue suspects, including those on mopeds.

A change in the law will be sought “to ensure that highly trained police drivers, chasing suspected criminals on the roads, and driving to the very high standard required by their training, are better protected from the risk of lengthy investigation and potential prosecution” the Home Office announced on Thursday (May 2).

“Current laws do not recognise the training that police response drivers undertake and the tactics they may have to employ to respond to emergencies and pursue criminals”, it added.

The protections will apply to all police officers trained to response driver level as well as advance driver level.

Police drivers are currently held to the same standards as members of the public and have to rely on the discretion of the Independent Office for Police Conduct (IOPC) and the Crown Prosecution Service (CPS) to avoid misconduct investigations and criminal prosecution.

Any changes will make it clear that officers should not be held accountable for the driving of a suspected criminal attempting to avoid arrest, providing the pursuit is justified and proportionate, the Home Office added.

The move follows a public consultation which saw the overwhelming majority of respondents back the proposals.

It will introduce a new legal test so that an officer’s driving is compared to that of a competent and careful police driver with the same level of training performing the same role, rather than a member of the public.

The Police Federation of England and Wales (PFEW) has fought a seven-year battle for a change in the law as part of its Protect the Protectors campaign.

It welcomed the announcement and said the change corrects a gross unfairness that leaves police drivers vulnerable to prosecution for simply doing what they have been trained to do.

A PFEW spokesperson said: “Police officers are trained to drive in a way that enables them to respond to emergencies but the law to date has been leaving officers open to prosecution whenever they have been required to drive outside of the ‘careful and competent driver’ common legal standard.”

PFEW Chair John Apter said: “It is good that Her Majesty’s Government has agreed to this much needed change in legislation to reflect police driver training.

“This is a positive step and something we have long been campaigning for.  Sadly, it comes too late for many police officers who have been investigated and had their lives turned upside-down, facing lengthy court proceedings for simply doing the job they have been trained to do.

“It is important that when police officers are required to use their training to protect society, they can do so with the confidence that the law is on their side.

“This is a major breakthrough for the Police Federation and credit must go to our Pursuits Lead, Tim Rogers, who has worked tirelessly on this much needed change.  What now needs to happen is meaningful action – we need the Government to be bold, prioritise this issue, find the Parliamentary time to do so, and fulfil its promise to police officers and the public.”

“It’s also crucial that we send a clear message that criminals – whether in cars or on mopeds – cannot escape arrest simply by driving recklessly.

“These proposed changes will strike the right balance – giving trained officers the confidence they need to fight crime effectively and ensure our roads are safe.”

The Government said it will also review the various emergency service exemptions to traffic law to ensure they remain fit for purpose.

Officer dismissed after bid to form relationship with vulnerable woman 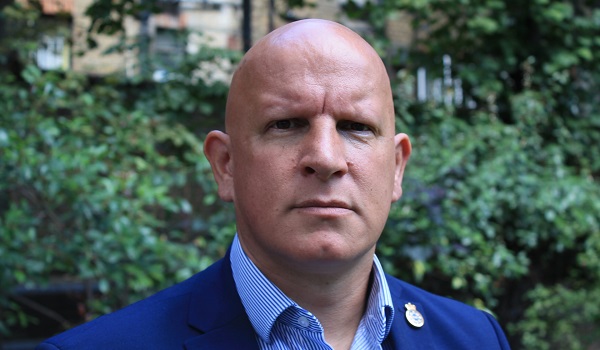