Although rare, false rape claims can have a devastating impact on the accused, however, some people are asking if the service is taking malicious allegations as seriously as it should. 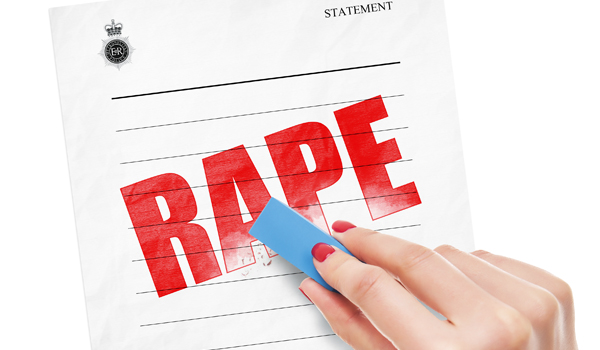 In the summer of 2015, Jay Cheshire was a 17-year-old sixth form student at Bitterne Park School in Southampton, studying English literature, film studies and geography and dreaming of becoming a history teacher or a writer. He had suffered from episodes of depression for many years and had been seeing a psychiatrist since the age of 13. He was also on anti-depressants and had been due to undergo a course of cognitive behaviour therapy. However, by the spring, his mood had improved and the planned therapy was cancelled. But just as life was beginning to look up for the teenager, described by friends and family as kind, funny and bright, he found himself at the centre of a police investigation accused of rape. The accusation  which he said was totally false  affected him deeply and continued to do so even when the allegation was wholly withdrawn two weeks later and the case against him was closed. It sent him into a spiral of depression from which he never recovered. On July 3, the teenager hanged himself in Riverside Park and died in hospital two days later. At the inquest, Central Hampshire senior coroner Grahame Short recorded a verdict of suicide and said: I got the impression he was well liked and mature in some ways, but was a sensitive young man and vulnerable in some respects and he found it difficult to cope with the police investigation. His mother, Karin Cheshire, had vowed to investigate the polices handling of the case but her family said she became vacant and zombie-like after his death. On July 18, 2016, just over a year after her sons death, she hanged herself in the family home. Last week Jemma Beale was jailed for ten years after making a series of false rape claims and sexual assault allegations. Beale claimed she had been seriously sexually assaulted by six men and raped by nine, all strangers, in four different incidents over three years, but was found guilty of four counts of perjury and four counts of perverting the course of justice. The court heard that officers spent 6,400 hours investigating Beales claims at a cost of at least £250,000. One of the rape allegations led to the conviction of Mahad Cassim, who was jailed for seven years. After the Crown Prosecution Service (CPS) and his defence team were alerted to the fact there were serious doubts over the validity of Beales allegations, the man subsequently appealed against his conviction and it was quashed at the Court of Appeal in July 2015. Sentencing her, the judge at Southwark Crown Court, Nicholas Loraine-Smith, said: These offences usually began as a drunken attempt to get your partners sympathy or perhaps to arouse her jealousy. They each began impulsively, but what is particularly chilling is the manner in which you persisted in making allegations, which you knew were untrue even to the extent of committing and repeating perjury. He added: These false allegations of rape, false allegations which will inevitably be widely publicised, are likely to have the perverse impact of increasing the likelihood of guilty men going free. Cases such as this bring a real risk that a woman who has been raped or sexually assaulted may not complain to the police for fear of not being believed. Following Beales conviction, the debate around whether those accused of rape should be granted anonymity, whether the law is being properly applied to deal with those making false allegations, and how common such allegations are overall, is once again high on the agenda. Although it is widely accepted by anti-sexual violence campaigners and the CPS that false accusations of rape are rare, the reality is anything but black and white. Determining the overall number of false accusations that are made is difficult, with various studies around the world suggesting a figure of anywhere between two per cent and 89 per cent. In June 2010, during Prime Ministers Question Time, the then Prime Minister David Cameron was questioned on plans to re-introduce anonymity for those accused of rape. He said: None of us