Detectives investigating the killing of a police officer whose body was found in a lake have charged her husband with murder. 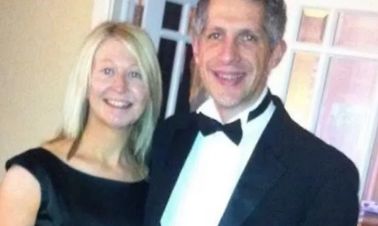 Detectives investigating the killing of a police officer whose body was found in a lake have charged her husband with murder. Detective Constable Leanne McKie, 39, a serving Greater Manchester Police (GMP) officer from Wilmslow, was found dead in Poynton Park, Cheshire, on Friday (September 29). Sergeant Darren McKie, 43, also a GMP officer, will appear at Crewe Magistrates` Court on Tuesday (October 3). He was arrested on suspicion of murder shortly after his wife`s body was discovered. A spokesperson for Cheshire Constabulary said: “Darren McKie, from Burford Close, Wilmslow, was arrested in the early hours of Friday, September 29 after the body of Leanne McKie was found in a lake at Poynton Park. “He was subsequently charged with murder and has been remanded in police custody to appear at South and East Cheshire Magistrates` Court.” Earlier on Monday (October 2), the force said it wanted to speak to a group of four people who walked past the lake off London Road North, Poynton, in the direction of Stockport at 12.15am on Friday. Detectives said they were keen to hear from anyone who was in the area around Poynton Park between 11.30pm on September 28 and 3.30am the following day, and who may have witnessed anything suspicious or unusual. They also reiterated their appeal to anyone who believes they may have seen the Wilmslow mother-of-three`s red Mini car, registration number DA12 DFO, during the afternoon of September 28 and into the early hours of September 29 to come forward. Detective Inspector Adam Waller, from Cheshire Constabulary, said: “The investigation into the circumstances surrounding Leanne`s death is ongoing and we are following a number of inquiries.” GMP Chief Constable Ian Hopkins described DC McKie  who had served with the force since 2001 and worked in the serious sexual offences unit  as a “popular” officer among colleagues who have been left “devastated” by her tragic death. “She will be sorely missed by everyone she worked with,” said Mr Hopkins. He added: “She worked tirelessly to provide support and seek justice for victims of sexual crimes.”