Policing`s national debate on lifting the yoke of austerity from seven years of continued cuts will take centre stage today as MPs vote to keep the newly-elected Tory government in power. 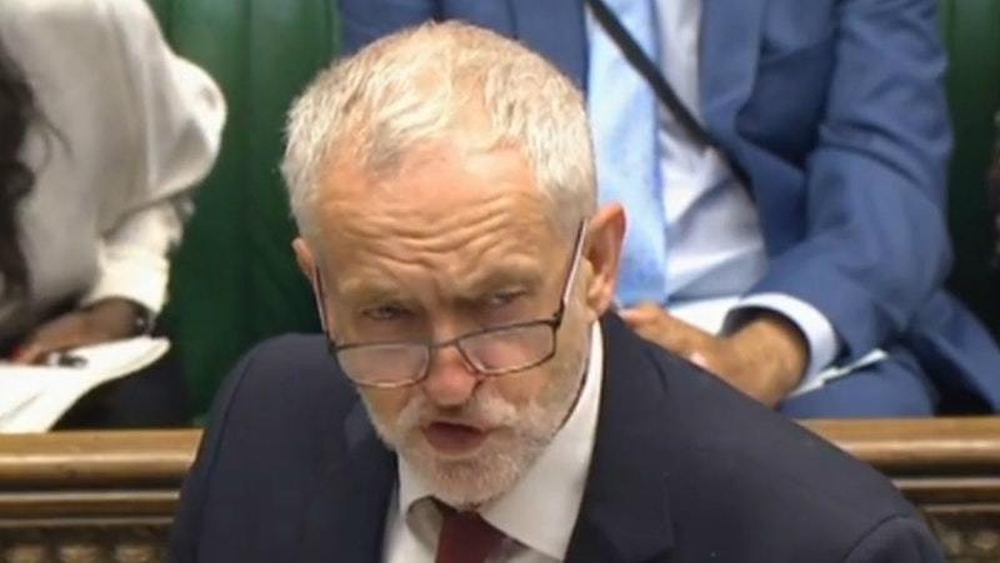 Policing`s national debate on lifting the yoke of austerity from seven years of continued cuts will take centre stage today as MPs vote to keep the newly-elected Tory government in power. The Labour party is using the Queen`s Speech to launch a Commons bid to recruit more police officers and firefighters in the wake of the Grenfell Tower fire and recent terrorist attacks. Labour leader Jeremy Corbyn, in calling for an end to cuts, says the country has been left “less safe” as a result of the measures. Theresa May and the Conservatives will be challenged on Wednesday (June 28) to show they are committed to ending austerity in the police and fire services by backing a Labour amendment to the Queens Speech. Jeremy Corbyn said the first Commons vote of the new Parliament will be a test case for MPs approach to austerity, amid signals from senior Tories that the Government is set to boost public spending. Labours amendment calls for an end to cuts to the police and fire services, commends their response to recent terror attacks and the Grenfell Tower disaster, backs the recruitment of more officers and firefighters, and calls on the Government to lift the public sector pay cap. It is highly unlikely that the Conservatives will back any attempts to amend the Queens Speech, which sets out the Governments legislative programme for the next two years. But Mr Corbyn said: You cant have safety and security on the cheap. It is plain to see that seven years of cuts to our emergency services has made us less safe; its time to make a change. Our emergency service workers make us proud at the worst of times for our country, such as the Grenfell Tower fire and the recent terrorist attacks, and deserve the pay rise they have been denied for seven years. Conservative cuts have failed. Labour has a different approach, which values those who look after us and will transform Britain for the many not the few. Labour said that under the Tories, there has been a reduction of 20,000 police officers and 6,000 police community support sfficers. Police budgets have also been cut by £2.3 billion since 2010, the party said. Labour said there were 10,000 fewer firefighters compared to 2010, while more than 40 fire stations have been closed. In the last the week, the National Police Chiefs Council has added to the growing pressure on the Government to find additional money for policing by spelling out the increased threat from terrorism and social unrest that has been created by continued cuts. West Midlands Police Chief Constable Dave Thompson, the NPCC spokesperson for finance and resources, has also called on chief constables to continue to make the case for “realistic investments”  stressing there is now growing public awareness and support for the difficulties facing policing. Several chief constables have recently spoken out about the impact of the last seven years` austerity measures on public safety and Mr Thompson says the service would now have a “challenge” to respond to the type of unrest seen in 2011 because budgets are decreasing in real terms. In response, the Conservatives praised the heroic emergency services while attacking Labours economic plans. The truth is you can`t fund your emergency services without a growing, healthy economy which only Conservatives in Government will deliver  thats why we have put forward a Queens Speech that will build a stronger economy so we can improve peoples living standards and fund public services, a spokesperson said. Jeremy Corbyn and Labour`s prescription of tax rises and limitless borrowing would put all that at risk. Chancellor Philip Hammond has suggested the Government could ease austerity, stressing that Tories were not deaf to the message delivered in the General Election, which saw the party lose its majority after Labour promised large increases in public spending. The vote comes amid anger over a £1 billion deal with the Democratic Unionist Party to prop up a Tory minority government, branded a