Scotlands most senior judge is claiming attempts to change domestic abuse laws are undermining the independence of the judiciary. 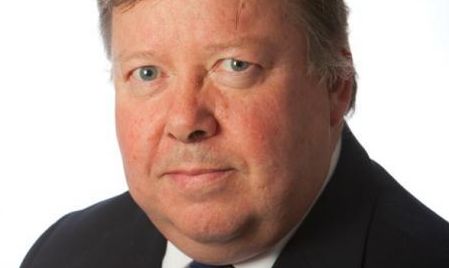 Scotlands most senior judge is claiming attempts to change domestic abuse laws are undermining the independence of the judiciary. Lord Carloway, the Lord President, is accusing Scottish Labour of forcing sheriffs to roll out domestic abuse courts throughout the country. Labour says there is a postcode lottery of justice for victims of domestic abuse, with only two dedicated courts in Edinburgh and Glasgow. Claire Baker, Labours justice spokesperson, is trying to amend legislation to give Scottish ministers the power to order sheriffs to establish at least one dedicated domestic abuse court in every sheriffdom. However, Lord Carloway  who is responsible for Scotland courts  insists sheriffs principal should remain responsible for managing their own local business. In a letter to Holyrood`s Justice Committee, he said: The amendments, if passed, will undermine the independence of the judiciary and encroach upon my role as head of the Scottish judiciary to make and maintain arrangements for securing the efficient disposal of business in the Scottish courts.” Ms Baker rejected the accusation, insisting the courts would only be established with the Lord Presidents agreement. The amendment to the Domestic Abuse (Scotland) Bill would give Scottish Ministers power to require, by order, that a sheriff principal must designate one or more sheriff courts as a specialist court for the purposes of dealing with domestic abuse and sexual harm. Lord Carloway said the proposal has caused him considerable concern. If Ministers were to seek to direct how I manage the business of the courts, that would undermine my statutory responsibilities,” he said. The proposed amendment is at odds with (legislation) which places responsibility for securing the efficient disposal of business in the Scottish courts in general in the hands of the Lord President and, within each sheriffdom, the sheriff principal. It is for sheriffs principal at local level to manage the efficient disposal of criminal, including domestic abuse, cases. He said the number of court cases with a domestic abuse aggravator is variable throughout Scotland, so there is a requirement for court programming which takes account of local needs. Glasgow deals with around 2,000 domestic abuse cases a year, or around eight a day, while, Edinburgh and Hamilton handle over 1,000 a year. At the other end of the scale, Banff, Lochmaddy and Portree deal with less than 26 cases a year, amounting to less than one a fortnight. Lord Carloway said: Where the volume of cases merits it, sheriffs principal can arrange for the establishment of dedicated domestic abuse trial and procedural courts. This ensures the efficient operation of local court business without imposing arbitrary requirements for victims and witnesses to travel more than is necessary within a sheriffdom. He insists Sheriffs across Scotland are already well equipped to deal with domestic abuse cases. Ms Baker said: It has been disappointing that there has been so little progress in the establishment of domestic abuse courts. My amendments to the Bill gives the government the power to see domestic abuse courts established where there are gaps in provision. However they do not undermine the independence of the judiciary, and indeed state that the creation of such courts can only be done with the agreement of the Lord President.