Major changes to the Police and Criminal Evidence Act will impact decisions to detain suspects and vulnerable people. Professor Michael Zander explains the progress being made to implement the new legislation in a custody environment. 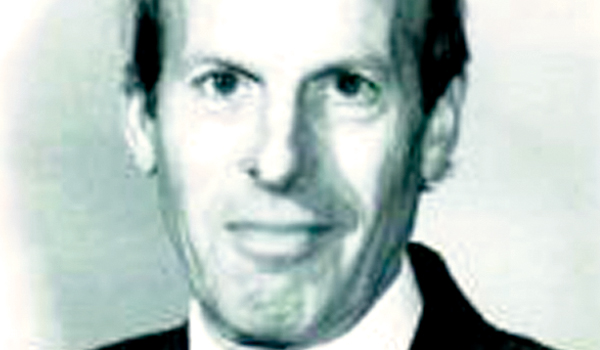 The Police and Criminal Evidence Act (PACE) has already been amended many times since its enaction in 1984, either directly or through separate legislation. In April this year, the Policing and Crime Act introduced several changes, such as granting officers new powers of entry to make an arrest for breach of bail, and enabling video conferencing (now known as live-link) for use in detention decisions. The next few months will see even more amendments either come into force or subject to government consultation, and according to Michael Zander, Emeritus Professor of Law at the London School of Economics, some of these may be particularly problematic for custody sergeants. At the recent Police Federation of England and Wales National Custody Seminar, he explained where PACE is now and what reforms will be introduced in the near future. February saw significant changes made to Code C of PACE, affecting areas such as youth detention. Since then, the category of who is ineligible to act as an appropriate adult has been extended to cover anyone in a police-related role, including police support volunteers and detention or escort officers employed by contractors working for a force. Information provided on certificates regarding the decision not to transfer juveniles to secure local authority housing must also now include the reasons such a transfer is impracticable. However, the meaning of impracticable will soon change due to the forthcoming Concordat on Children in Custody, and will refer to situations where exceptional circumstances render movement of a child impossible, or the child is due to appear at court in such a short space of time that the transfer would deprive them of rest or cause them to miss a court appearance. It will not refer to the availability of local authority accommodation or transport, the nature of said accommodation, the childs behaviour or the nature of the offence, and it will not mean difficult or inconvenient. This new definition will be inserted into Code C in the next few months following the outcome of an imminent three-week Home Office consultation on revisions to Codes C, H, E and F. Alongside this, the consultation is expected to introduce provisions for the use of live-link in interviews, and for decisions on extensions of detention by a superintendent and a magistrates court  essentially giving effect to the changes made under the Policing and Crime Act earlier this year. The Home Office also intends to remove the phrase mentally disordered or otherwise mentally vulnerable from PACE codes and replace it with the new and much broader term vulnerable adult. This is defined in the consultation documents as: Any person who, because of their mental state or capacity, or for any other reason, may have difficulty understanding the implications for them of the procedures and processes connected with their detention, or (as the case may be) their voluntary attendance at a police station or elsewhere including their rights and entitlements. This may be because they do not understand the significance of what they are told or of questions they are asked, or because they are particularly prone to unintentionally providing misleading or incriminating information; accepting or acting on suggestions from others; or becoming confused or unclear about their position. A new Note 1G specifies that a person may be considered vulnerable if they have a mental health condition, but this does not itself mean they are vulnerable for the purposes of the code. Instead, custody officers are expected to assess each individual on a case-by-case basis, and secure an appropriate adult if they are convinced they meet all necessary criteria. I think this whole new section will cause all sorts of problems for custody officers, said Professor Zander. But it is well intended; its designed to deal with a terrible problem, and we will have to see how that works out. Further changes will lead to a complete overhaul of paragraph 3.21 of Code C, which relates to vol