Justice Secretary Michael Matheson dismissed accusations of a leadership crisis at the top of Police Scotland by comparing the force as a match for any in the world. 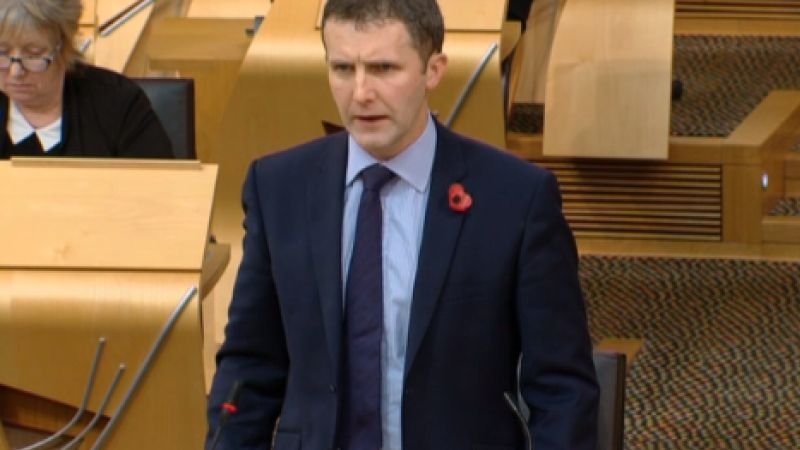 Justice Secretary Michael Matheson dismissed accusations of a leadership crisis at the top of Police Scotland by comparing the force as a match for any in the world. The Scottish minister downplayed the attacks on its governance, acknowledging understandable concern but preferring to see recent events as a challenging set of circumstances. Updating Holyrood, he said the public should still have confidence in the force despite being accused of complacency and failing to recognise problems by opposition MSPs. Scotland`s top officer, Chief Constable Phil Gormley, was placed on special leave in September amid allegations of gross misconduct, including claims of bullying. The claims are being looked at by the Police Investigations and Review Commissioner. And on Friday, Assistant Chief Constable Bernard Higgins was one of four officers suspended pending investigations after “a number of criminal and misconduct allegations” were made. They also include the head and deputy head of armed policing. Mr Gormley and Mr Higgins deny any wrongdoing. Seven more officers are being investigated over surveillance allegations on journalists. Mr Matheson accepted that no-one would wish to be in this particular situation with an officer suspended and a chief constable who is presently on extended leave but the force is acting quickly to investigate the allegations of misconduct and criminality. Rejecting suggestions of a leadership crisis, he said: Its clear to me that theres a very robust and resilient team at the top of?Police?Scotland. The command team had been strengthened by the appointment of two ready and fully qualified temporary assistant chief constables, he added. Measures had also been put in place to ensure that the operations and training of the force`s firearms and counter terrorism units were unaffected. The Justice Secretary added: The creation of a single service has improved the ability of our police to respond quickly and effectively to serious crime, terrorism and other major incidents uninhibited by the previous force boundaries. It has delivered a scale of operational flexibility and specialism that was not possible under the legacy arrangements. It continues to deliver an excellent local service. Our ongoing scrutiny of Police?Scotland has consistently shown that police officers and police staff at all levels remain committed to delivering policing into our communities that I believe is the match of policing anywhere in the world. Conservative justice spokesperson Liam Kerr said the government was refusing to admit that the force was in a critical state, but paid tribute to the tireless work of ordinary officers. Scottish Labours justice spokesperson Claire Baker accused the minister of complacency, adding: This has been a bad year for leadership and governance at Police Scotland and the Scottish Police Authority, full of suspensions, resignations and early exits. The SPA lost its chairman, Andrew Flanagan, and chief executive officer John Foley in quick succession this year after a series of rows over the governance and transparency of its management style. Ms Baker added: Many are wondering what is going on in our police force when the chief constable has been granted special leave while other officers, who have dedicated their whole careers to policing in Scotland, are receiving suspensions. Mr Matheson argued that recent events should not be used to question the performance of the unified force, with recorded crime at a 43-year low and public confidence in the force remaining strong. Scottish Police Federation General Secretary Calum Steele said that while morale across policing was not good  it would be a mistake to draw parallels between this and the ongoing investigations into senior officers. Of course senior officers have an important role to play in the service, but the vast majority of police officers dont concern themselves with this and their day-to-day activities are