Just Stop Oil protesters have become “much less assertive” because their suspected leaders are in custody, according to the Commissioner of the Metropolitan Police Service. 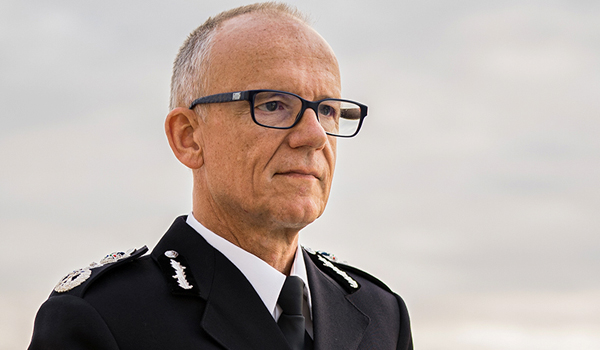 Sir Mark Rowley suggested efforts by officers are having an effect and said he is “absolutely determined” that anything that goes beyond lawful, reasonable protest will be “dealt with robustly”.

But he also admitted that some trials may not take place for two years amid delays in the criminal justice system.

It comes as the Home Secretary and Policing Minister are due to meet police chiefs to discuss tackling the “guerrilla tactics” used by protest groups after Downing Street said “more must be done” to stop disruptive demonstrations.

Prime Minister Rishi Sunak was expected to join the start of the roundtable hosted in No 10 by Suella Braverman and Chris Philp on Thursday.

Sir Mark told the London Assembly: “Frankly, what I’ve seen is that Just Stop Oil have got much less assertive in their recent protests – frankly, as a consequence of a large number of their leaders being remanded in custody as a result of our operations.”

“I’m absolutely determined that anything that goes beyond lawful reasonable protest by creating serious disruption to London, by creating damage to property, will be dealt with robustly,” he added.

“That’s why we’ve used the more serious offences such as the statutory offence of public nuisance – we put the best part of 60 offenders before the courts at one stage for that offence.”

Sir Mark said most of the trials for members of the environmental activist group are scheduled to take place in 2024 due to delays in the criminal justice system.

Downing Street denied Thursday’s meeting is aimed at telling the police more is expected of them to stop disruptive protests, but the Prime Minister’s official spokesman said: “Equally, we want to be clear and feed back the concerns of the public because that is coming across loud and clear.”

He said: “We do want to discuss with police leaders if they require more powers or more guidance about how to further address some of these guerrilla tactics we’ve seen.

“Obviously there has been some new tactics attempted in recent days and we’re very conscious that the public wants us to deal with this.

“And so it’s right that we speak to those in charge of our police forces about how they plan to address (this).”

Asked whether police leaders will be given the message that they must do more, rather than asked if they need more powers, the spokesman told reporters: “I don’t necessarily agree with that.

“I think the police have also talked about wanting to do more in this area.

“Now, there might be a number of solutions to this. Whether that’s – and I’m not going to predict that – but we do want to hear from the police about some of the challenges they’re facing.

“Equally, we want to be clear and feed back the concerns of the public because that is coming across loud and clear.”

While the right to protest will “always be something we protect in this country”, the spokesman said this “should not stray into” disrupting people’s lives, adding: “They’re hindering the work of the emergency services and more must be done to put a stop to them.”

Earlier this week, Just Stop Oil protester Jan Goodey, who caused “mile after mile” of tailbacks on the M25 after climbing up a gantry, was jailed for six months after admitting causing a public nuisance.

The 57-year-old was part of a demonstration on behalf of the climate group which forced authorities to close sections of the UK’s busiest motorway during the morning rush-hour on November 7.

In September, Goodey, from Brighton, East Sussex, had been handed a two-year conditional discharge for obstructing the highway in a separate protest last year.

District Judge Daniel Benjamin said he had “flagrantly ignored” previous warnings that his conduct “was not acceptable in a peaceful and democratic society”.