The Crown Prosecution Service (CPS) says there is a hypothetical chance Wikileaks founder Julian Assange could soon walk free from the Ecuadorian embassy in London. 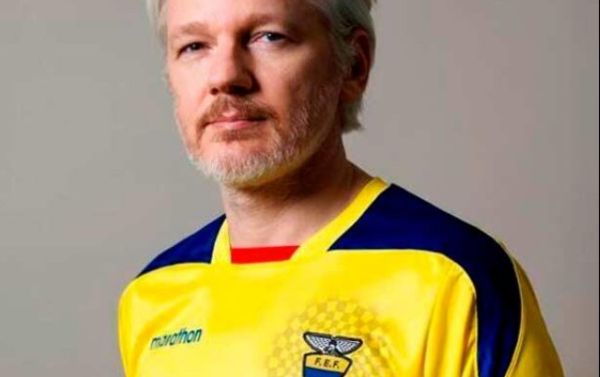 The Crown Prosecution Service (CPS) says there is a hypothetical chance Wikileaks founder Julian Assange could soon walk free from the Ecuadorian embassy in London. Mr Assange`s lawyers have asked a London court to drop the arrest warrant that stems from his breach of bail conditions, as he steps up efforts to leave the embassy after five and a half years. The court`s decision is expected to be announced on February 6. Mr Assange, 46, has been inside the Ecuadorian building since 2012 after skipping bail to avoid extradition to Sweden over an allegation of rape, which he denies. He had feared Sweden would hand him over to the US to face prosecution over WikiLeaks` publication of swathes of classified military and diplomatic documents. The hearing at Westminster Magistrates` Court is the latest push by Assange to find a way to leave the building without arrest. The CPS says if the warrant is dropped that could “hypothetically” mean Mr Assange may leave the embassy. “He is seeking to have the warrant of arrest discontinued because the Swedes have confirmed that the extradition warrant is no longer live,” a spokesperson for the CPS said. “He is seeking that therefore the warrant of arrest should be taken out as well.” While the Swedish investigation is no longer being actively pursued, the Metropolitan Police Service says the Wikileaks founder will still be arrested if he leaves the embassy after the Foreign Office turned down a request to grant him diplomatic status.