Judge orders man, 101, to pay victim for pain of `wait for justice` in historical sex attacks

A young victim of three sexual assaults has been awarded £25,000 by a court for carrying the “cross of abuse” for four decades. 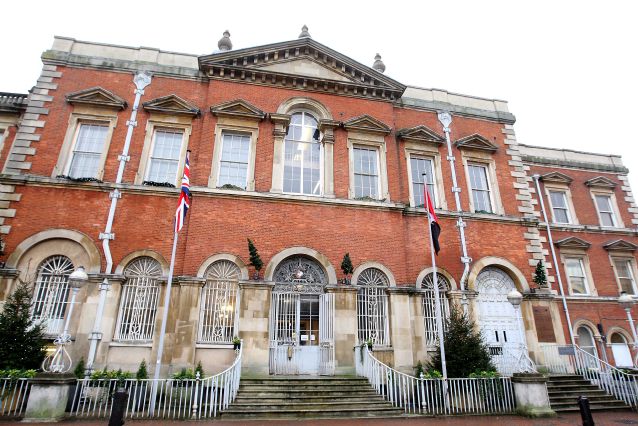 A young victim of three sexual assaults has been awarded £25,000 by a court for carrying the “cross of abuse” for four decades. The compensation was ordered by a judge against one of Britain`s oldest convicted offenders. Douglas Hammersley, who will turn 102 this month, molested his young victim in High Wycombe, Buckinghamshire, during the 1970s. The woman, now in her 40s, finally went to the police after his family threw him a party for his 100th birthday in 2015, which was reported in a local newspaper. She was praised for her bravery and courage during the sentencing hearing at Aylesbury Crown Court on Monday (September 11). Hammersley, who was excused from attending, was also given a two-year suspended prison sentence and placed on the Sex Offenders` Register. Judge Francis Sheridan said: “To award compensation is wholly unusual in a case like this but the young victim has carried this cross of abuse for year upon year upon year. “She very properly complained to anyone that would listen. “She has waited a very long time for justice but I hope justice is what she has got. “She was telling the truth the whole way through, from the first complaint to the last. “For that I applaud her for her steadfastness in getting justice.” The victim, who cannot be identified, sat in court during the sentencing hearing. Judge Sheridan told her: “You are a brave woman and I applaud your determination to get justice. “I hope now you can leave feeling that ultimately you have been vindicated for persevering and hope you have seen justice done.” The judge said he had awarded the compensation “because the defendant could have died before this was all over”. The case against Hammersley, now of New Malden, Surrey, has had numerous court hearings as barristers argued over whether he was fit to go through the legal process. However more than six months after the pensioner was charged he finally admitted to the abuse. He pleaded guilty to three counts of indecent assault against a girl under 14 years in 1977 and 1979. The NSPCC has urged victims of historical abuse to come forward. A spokesperson said: There is no hiding place for perpetrators of child abuse. Hammersley has faced justice despite probably believing he got away with his depraved crimes against a young girl. It is never too late for survivors of child abuse to speak out and Hammersleys victim showed tremendous courage in doing so. Its vital she now receives the support she needs.” Last December at Birmingham Crown Court, retired lorry Ralph Clarke, 101, was jailed for 13 years for committing a string of sex offences against young children in the 1970s and 1980s.