Neighbourhood police officers teamed up with the Environment Agency to patrol the River Tees in a partnership initiative to clamp down on illegal fishing and other offences. 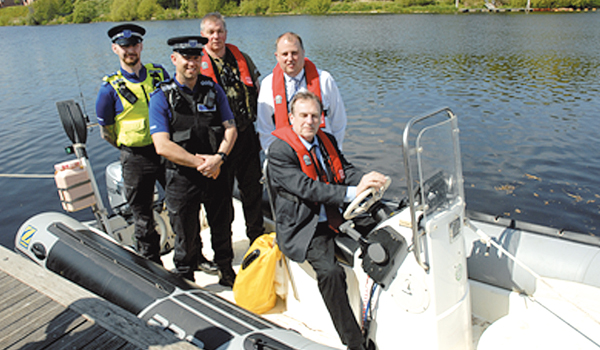 Neighbourhood police officers teamed up with the Environment Agency to patrol the River Tees in a partnership initiative to clamp down on illegal fishing and other offences. Around 58 offences, including fishing for freshwater fish during the close season, fishing without an Environment Agency rod licence, and failing to produce correct details were detected after police community support officers from Cleveland Police and staff from the agency carried out a number of boat patrols from the Tees Barrage to Worsall. The operation ran from March to June during the close season for fishing for freshwater fish on the River Tees. Officers assisted the Environment Agency to enforce byelaws while dealing with any anti-social behaviour, illegal fires or drug and alcohol offences along the river. The operation was developed as part of the Tees Valley Rural Crime Forum. Cleveland police and crime commissioner Barry Coppinger, who chairs the forum, said the new operation has further strengthened the partnership. The Rural Crime Forum continues to do great work to tackle offences that cause harm to our communities and these patrols are one step further in building upon the partnership with the Environment Agency, he said. We hope to continue these boat patrols throughout the rest of the year. Andrew Naylor, fisheries enforcement officer for the Environment Agency, added: This operation was a great success, proving that partnership working is important in helping to protect Clevelands wildlife and countryside The close season is such an important time for the river as it helps to maintain and develop the rivers fish stocks and the patrols cover an area that is otherwise difficult to access.