The Justice Secretary has pledged £14 million to crack down on organised crime, and the creation of a unit that will identify, track and prosecute active criminal gangs in prison.

In his first major speech on prison reform at the Royal Society of Arts in London, David Gauke ‘doubled down’ on his commitment to target serious crime groups by outlining plans to keep those who are likely to continue their offending, in the most tightly controlled jails.

There are around 6,500 prisoners in England and Wales who have links to organised crime, according to Mr Gauke.

Currently, offenders are placed in a higher security prison depending on their crime, sentence length and if they are an escape risk.

But Mr Gauke says he wants to rethink how prisoners are categorised, instead taking into consideration their behaviour in prison and their risk of directing crime and violence while behind bars.

“This would ensure those ringleaders, who ostensibly behave but have others do their bidding, would be cut off from their network and prevent them from operating,” he added.

The Justice Secretary will also introduce measures to reduce the smuggling of contraband, such as using helicopter wire to prevent drones from approaching prisons.

He said organised criminal gangs have “cynically and systematically” exploited the rise of a drugs problem in new psychoactive substances and are taking the issue from the streets to the prisons.

New intelligence and serious and organised crime teams have been created – working alongside the National Crime Agency – to identify and stop the gangs’ ability to operate in prisons.

And in December last year, 11 gang members were jailed for more than 32 years altogether after using unmanned aerial vehicles to smuggle drugs, weapons and mobile phones into prison.

Mr Gauke also said technology will be installed at 30 prisons that will allow officers to swiftly download data from illicit phones seized from prisoners, instead of having to send it away to be processed.

He continued: “If a phone has details about an expected drone drop later that day, officers will be able to know where, how and when and can act on that intelligence and intercept it.

“In doing so, we will be able to collect vital intelligence about the criminals’ contacts and associates, who they are buying from and selling to and the bank accounts they are using.

“This will help us to stop drugs getting in and give the police the intel they need to target the source of the drugs.”

Re-offending not only creates more victims, but also costs society £15 billion each year, according to Mr Gauke.

In response, he plans to “reset and reinvigorate” the incentive system to encourage prisoners to reject further criminality and rehabilitate themselves into society following their sentence.

He suggested offering a prisoner additional time to see family members by using technology such as Skype to facilitate contact they would otherwise be unable to have.

“Offenders who see their time in prison as a genuine opportunity to reflect and take responsibility for their crime and to be rehabilitated, to build the skills and behaviour they need to re-join society, I want to create the incentives that will support and encourage them in that effort.

“That means prisoners having the opportunity to earn rights and freedoms, an opportunity to live in a more liberal environment with greater personal responsibility, and therefore have more to lose if they fall foul of the rules.

“After all, incentives are given, and they can be taken away.”

The Government will soon launch its Education and Employment Strategy that will set out its approach to helping offenders acquire the skills they need to find a job when they leave prison.

Mr Gauke concluded: “We are taking action to bolster our defences at the prison gate whilst also going after the organised criminal gangs.

“I want them to know that as a result of the action we are taking, they have no place to hide. Through our covert and intelligence-led operations, we will track them down, removing their influence from our prisons so they can become places of hope not despair, of aspiration not assaults.

“Supporting prisoners to make the right choices and take the right path towards rehabilitation and re-joining society. I know that incentives work, and I want to put them to work in our prisons.

“By doing that, our prisons will not only be safer, more secure and more decent, but will support prisoners to do the right thing and turn their back on crime for good.” 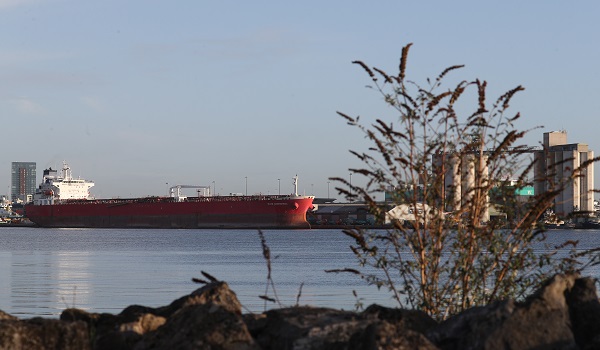