IT on its head 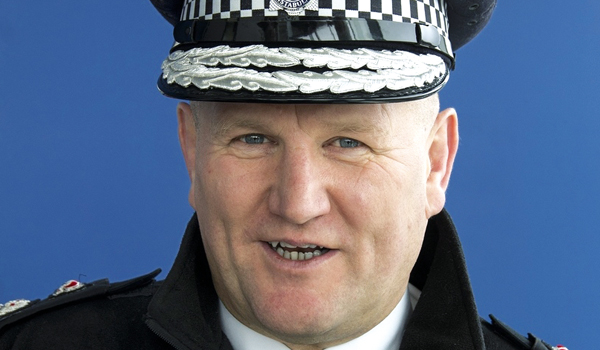 Typically, when forces upgrade their IT systems, they opt to purchase a complete product from a specialist developer. However, Durham Constabulary has recently gone live with a computer system being hailed as groundbreaking  one built and designed entirely within the force that has massively enhanced the approach to significant policing challenges. Developed using the Microsoft Dynamics customer relationship management (CRM) system and a £500,000 government grant, Red Sigma has enabled Durham Constabulary and Cumbria Constabulary to share information more widely than they ever have before. While Durham Constabulary has long had a more open approach to who is allowed to access information than many other forces, its new software breaks down siloed databases. For example, neighbourhood teams were previously not given access to confidential systems on areas such as local registered sex offenders, but through Red Sigma they can easily read information from the Violent and Sexual Offender Register (ViSOR). According to Chief Constable Mike Barton, this has led to significant cultural, organisational and operational change. The majority of sex offenders in Durham are now directly managed by the forces neighbourhood policing teams, rather than the public protection unit (PPU), allowing the PPU to focus more on unregistered but potentially dangerous people in the area. Similarly, local response teams are able to access information about organised crime groups in their area, so they can provide more support in neutralising the threat of serious and violent crime. However, simplified information sharing is not limited to high-priority offending. Through Red Sigma, officers have been given a tool to help signpost vulnerable people to the appropriate support organisations. If an officer encounters a rough sleeper, they only have to search for that term on the system to receive contact details for third-sector partners as well as any necessary application forms. Its turning policing on its head, said Mr Barton. Instead of us just saying that we are based around neighbourhoods, we actually are, and its the neighbourhood teams that can call the shots  whether its tackling registered sex offenders, organised crime groups or internet offenders. One of the reasons why this information has been made available is because Red Sigma was built specifically with officers needs in mind. Detectives and response officers contributed heavily to its design  Durham Constabularys young software experts, fresh from local universities, sat down with its best officers with the aim of making a system that provided what the front line wanted. Red Sigma is therefore intuitive to use, Mr Barton claims, and has been rolled out without the need to issue specific usage training. When it was adopted by Cumbria Constabulary in July, the force set up a helpline for any officers struggling to adapt to the new software. However, this service was closed after two days because it did not receive a single call. Designing the software in-house has the added bonus of instant flexibility. Mr Barton believes that should legislation in areas like data protection change in the future, Durham Constabulary will be able to instantly make any necessary amendments to Red Sigma, while forces that purchased their software from external providers could risk delays while stakeholders agree to and finance changes. Mr Barton also disputes that building the system in-house rather than through a provider has affected its sophistication, or its ability to communicate with other forces programmes. Red Sigma is connected to the Police National Database like any other police ICT system, so colleagues can search it for information relating to crimes in their own force area. Everything we do is based on the national standards, if and when they are agreed, he said. Every national group discussing national IT standards, weve got representation on it. We get early insights into what might become national standards and if we believe that