Alerts have been issued across the country to the emergence of a highly addictive new drug of choice for the young based on its use among popular rappers. Police Professional reports on Xanaxs new popularity and its impact on users. 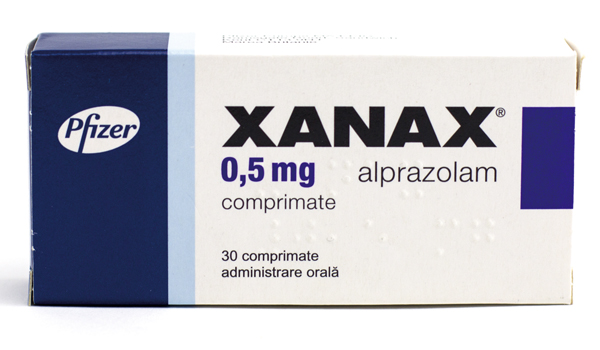 Alerts have been issued across the country to the emergence of a highly addictive new drug of choice for the young based on its use among popular rappers. Police Professional reports on Xanaxs new popularity and its impact on users. Last month, a 100-ft high image of the heavily-tattooed face of an American rap artist known as Lil Peep was projected onto the side of the Houses of Parliament as part of a memorial service for the up-and-coming performer who had died just two weeks earlier. At the time neither Lil Peep nor Xanax  the drug responsible for his death  were widely known to the public. In the weeks that have followed, however, the 21-year-old has become a posthumous poster child for the dangers of Xanax and its rapid spread throughout the UK has even been debated in Parliament. Xanax is the brand name for alprazolam, a powerful anti-anxiety medication in the US that is a Class C drug in Britain. It acts within minutes to ease the symptoms of severe distress and prevent panic attacks and is the eighth most prescribed medication in the US. However, its fast-acting sedative properties make the drug highly attractive to recreational users, many of whom quickly go on to become addicted. Although it is technically available to some private doctors in the UK, only a handful of prescriptions are issued each year. Despite this, the Class C substance is fast becoming the drug of choice among teenagers, driven in part by its widespread abuse within American celebrity culture. Users can experience a floating sensation as well as a warm, calm and relaxed feeling. Negative experiences can include difficulty breathing, short-term memory loss, blackouts and reduced mental alertness and coordination. It can also reduce anxiety to dangerously low levels, making people careless, and can result in risk-taking behaviour. Some people report feeling addicted after only a few weeks of use. Xanax can be particularly lethal when mixed with alcohol or opiates and was found to have played a part in the deaths of the actor Heath Ledger, the model Anna Nicole Smith, the singer Whitney Houston and, most recently, Lil Peep. Having made a name for himself on YouTube as part of the post-emo revival movement, Lil Peep  whose real name was Gustav Åhr  relocated to London, which he considered his second home, released his first album last summer and was being widely tipped to become a huge star. On November 14, a day before he died, he was back in the US for a concert tour. Ahead of a concert in El Paso, Texas, he recorded a video, which he uploaded to social media, bragging that he had taken multiple doses of the drug. With his speech noticeably slurred and his eyes struggling to focus, he looked towards the camera and said: El Paso. I took six Xanax and I was lit. Im good, Im not sick. Imma see yall tonight. The following day, as his tour bus travelled to a show in Arizona, Lil Peep told his crew he was taking a nap but never work up. He is far from the only casualty. Police Scotland has issued a warning about the dangers of Xanax after NHS Ayrshire and Arran confirmed that the substance was implicated in the deaths of five people in the past year. A further two were recorded by NHS Forth Valley. It also emerged that more than 20 Xanax-related deaths had been recorded in Lothian, Dumfries and Galloway and Grampian. NHS Grampians drug alert warned: The alerts team has been made aware of the growing use of a substance sold as Xanax (alprazolam) in Grampian. Although it is impossible to confirm the content or strength of illicit substances there has been an increase in hospital admissions involving self-reported alprazolam use and drug deaths where alprazolam is present. It is a very fast-acting drug with peak effects being experienced within 30 minutes of taking. It also wears off more quickly than some benzodiazepines. These two properties in combination make it a very addictive drug and people can become addicted even after relatively short-term use. It adds that use can