With the launch of the National Policing Improvement Agency (NPIA) imminent, Dave Howell considers how ISS4PS (Information Systems Strategy for the Police Service) is providing a structure that aims to be the future of data sharing for the police.

With the launch of the National Policing Improvement Agency (NPIA) imminent, Dave Howell considers how ISS4PS (Information Systems Strategy for the Police Service) is providing a structure that aims to be the future of data sharing for the police.

One of the key recommendations of the Bichard inquiry was that all forces across the UK should improve how they collect, store and share information. With a diverse range of systems developed independently of each other to meet each forces local needs, interoperability has proven to be difficult with localised information that could be of use to another force being either entirely invisible outside of the local force itself, or difficult and time-consuming to request and deliver to any force outside of the locality.

A number of new initiatives have been designed that aim to make information that is held by all forces easily accessible. To aid their development, a new organisation has been set up that will support the improvements in data handling that are planned to deliver the Home Secretarys national critical program that is outlined in the National Community Safety Plan. The House of Commons Select Committee on Police Reform said: The real potential for saving police time and resources lies in introducing more effective information technology… Police officers and staff are entangled in paperwork because they do not have the IT systems they need and want. Redressing this deficiency should be a Home Office priority.

In 2002, Programme Valiant that used the work of the earlier COLIN project, which explored using software components for designing, building and deploying business capabilities (applications), prepared a comprehensive overview of the way ICT was being used within the Police Service and proposed a number of strategic changes. The study surmised that in order to respond to the increasing demands for business change, ICT within the forces had to become more responsive and efficient.

Programme Valiant identified that the only feasible way of achieving these efficiencies in ICT was for the Police Service to view itself as an enterprise operating at a national level rather than a collection of disparate operations.

ACPO and Central Customer adopted Programme Valiant and refined the approach into a set of projects known collectively as the Information Systems Strategy for the Police Service (ISS4PS). Ongoing initiatives within the ISS4PS are the Enterprise Architecture Framework for the Police Service (EAF4PS), the Corporate Data Model (CorDM) and the Unified Police Security Architecture (UPSA).

In January 2005 ACPO commenced the ISS4PS refresh project to ensure that the technical direction remains consistent with police business strategy. In addition, to represent the arguments for adopting an enterprise approach in a clear manner, reflecting the direction of current government initiatives.

ISS4PS has been developed to meet the needs of increased reliance on information technology systems and will realise the National Policing Plan (NPP) 2006-2009, which sets out the vision, priorities and milestones for policing in the period ahead.

1. Police IT will be managed under a single governance structure, with clearly defined responsibilities.

2. IT systems will be developed and managed according to industry best practice.

3. The police will have a corporate voice when dealing with suppliers.

5. IT systems will be developed to provide a national view rather than a purely local view of information.

6. IT will be business-led, focusing on the needs of citizens, police officers and staff.

7. Business processes that rely on IT support will be standardised.

8. Police IT will be developed under a regime of common standards and products, including corporate solutions.

9. There will be a common way to manage IT services

Next generation of covert policing technology 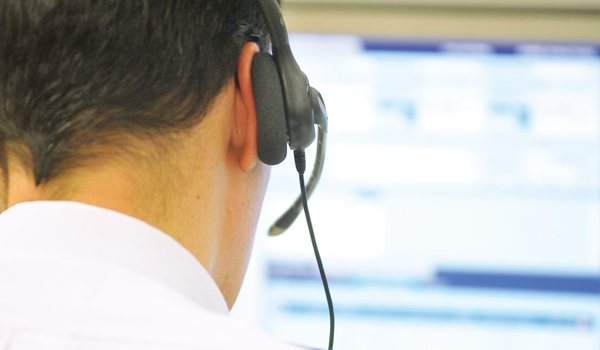